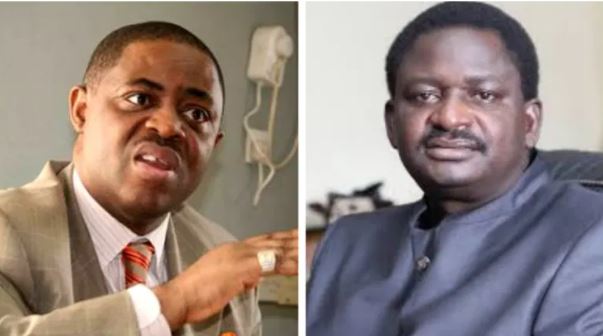 Femi Adesina has informed Nigerians his boss President Muhammadu Buhari at the UN 76th General Assembly will coach the US, and other members how to grow an economy during a pandemic.

He has his figure, the recent GDP growth of 5.1 percent, though cost of living remains high, and debts pile up, as high as N35 trillion.

But the presidential media aide’s seriousness was suspect.

It was borne out of fear, Reno Omokri, a critic of the Buhari government, revealed.

“Femi Adesina, Buhari’s in-house clown, is afraid he is about to be replaced by Femi Fani-Kayode, hence he has stepped up his sycophancy, claiming ‘Buhari Will Teach World Leaders How To Manage Economy During Pandemic’,”Omokri tweeted on Sept 21.

“Is it before or after begging them for loans?”

Femi Fani-Kayode, the former PDP attack dog, could be barefaced when he doubles down on praise-singing, too.

FFK once told Nigerians how he traced his bloodline  to Buhari’s—that his maternal great grandma and Buhari’s were one.

And since other critics wonder what political value the PDP drop-out brings to the ruling party,  Omokri just divided FFK could serve in the media, communication, or other image-burnishing backroom—like the presidential media department.

So Adesina has to work harder—or appear to be working harder—or else he gets canned out.

The APC reception of the former aviation minister has made the ruling party a laughing stock since last week.

The laugh will get louder by the time Yobe Gov Mal Mala Buni and Zmafara’s Beloo Matawalle that brought him get him a job.