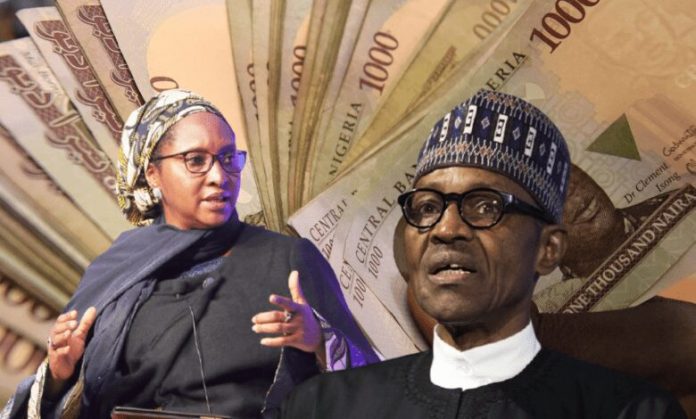 Zainab Ahmed, the Minister of Finance, Budget and National Planning, has reiterated commitment of the Federal Government to ensure adequate and quality data for successful policies in the agricultural sector.

Ahmed, represented by the ministry’s Permanent Secretary, Mrs Olusola Idowu, said this at the Training of Trainers workshop on the National Agriculture Sample Census (NASC) held in Abuja on Monday.

The minister said that the Federal Government had placed a high standard on quality data which was why it ensured the National Bureau of Statistics (NBS) was well equipped to carry out its functions.

She said that the agriculture sector was important to the Federal Government which was why President Muhammadu Buhari-led administration had invested heavily in it since 2015.

The minister said the investment was aimed at increasing output in the entire value chain to meet the country’s demand for food, export and employment.

According to her, the sector has consistently recorded positive growth because of the investment and attention to it, in spite the recession brought by the COVID-19 pandemic and the security challenges encountered in some parts of the country.

“So, we will continue to invest heavily in all aspects of the agricultural value chain taking advantage of all our God-given resources to grow and develop the sector and derive the maximum benefits possible.

“All this cannot be done without the use of adequate and reliable data.

“The success of all our policies, plans and programmes can only be achieved with the right data hence a high premium government has placed on quality data.

“This can be seen in the transformation that has taken place in NBS over the years. NBS is among the few agencies that have recorded close to 100 per cent of its annual capital investment in recent years.

“This is further demonstration of commitment to use the instrumentality of sound statistics in designing appropriate policies to grow and develop all aspects of of the economy in Nigeria,” she said.

Prince Semiu Adeniran, the Statistician-General (S-G) of the Federation and Chief Executive Officer, NBS), in his remarks said the agricultural sector held a critical place in the lives of Nigerians.

Adeniran said the sector alone, through its various activities accounted for approximately 25 per cent of the economy, and employs more than 50 per cent of the workforce of the country, both directly and indirectly.

“We need to know what parts of the country they are produced, the kinds of inputs needed, the size of manpower engaged, the sorts of challenges encountered and what other potential exist within the sector.

“All these kinds of information are what the NASC exercise seeks to collect.”

He said that when the NASC was completed, it would provide a statistically sound base of data for policy makers, both public and private.

Adeniran said it would help policy makers make important decisions on how to increase the total output and develop it to maximise its potential throughout the entire value chain.

He said the NASC would also be complemented by other statistical activities, both surveys and administrative data collection, to serve as a major input to the proposed Gross Domestic Product (GDP) rebasing.

“The results of the census will also form a statistical framework for the conduct of subsequent agricultural surveys in Nigeria, capturing all aspects including crop production, livestock, poultry, fishery, and forestry.

“So, as you can imagine, this exercise is a very important one, not just to the statistical system in Nigeria, but to the nation entirely.”

Adeniran said that the design and methodology for the conduct of the exercise would be carried out digitally for the first time in Nigeria.

He said the NBS has secured newly demarcated digitised enumeration area maps from the National Population Commission, which would be deployed for the conduct of the census.

Adeniran said electronic devices will be deployed for the data collection with Computer Assisted Personal Interviewing devices to be used for interviews with respondents in the field.

He said the workshop was designed to adequately equip the trainers with the knowledge required for them to sufficiently train the fieldworkers for the census.

According to him, 165 trainers and monitors are being trained, who will thereafter train no fewer than 3, 000 field staff across the country.

The statistician-general solicited the support of households and communities across the country in providing accurate information to the field personnel.

“I want to assure you that the information provided will be purely used for statistical purposes and treated with utmost confidentiality, as is required of us by the Statistical Act 2007.’’

The representative from the Ministry of Agriculture and Rural Development, Mr Bashir Araoye, Deputy Director, Planning and Policy Coordination, said the census was a welcomed development as its success would provide a vital tool to make empirical policy decisions.

Araoye said that the census would also help the private sector make commercial decisions as it affects the agriculture sector.

” It would also help marketers decide on the type of machinery to take to the different agricultural zones in the country.”

The News Agency of Nigeria reports that the programme was organised by NBS in partnership with the World Bank and the Food and Agriculture Organisation.