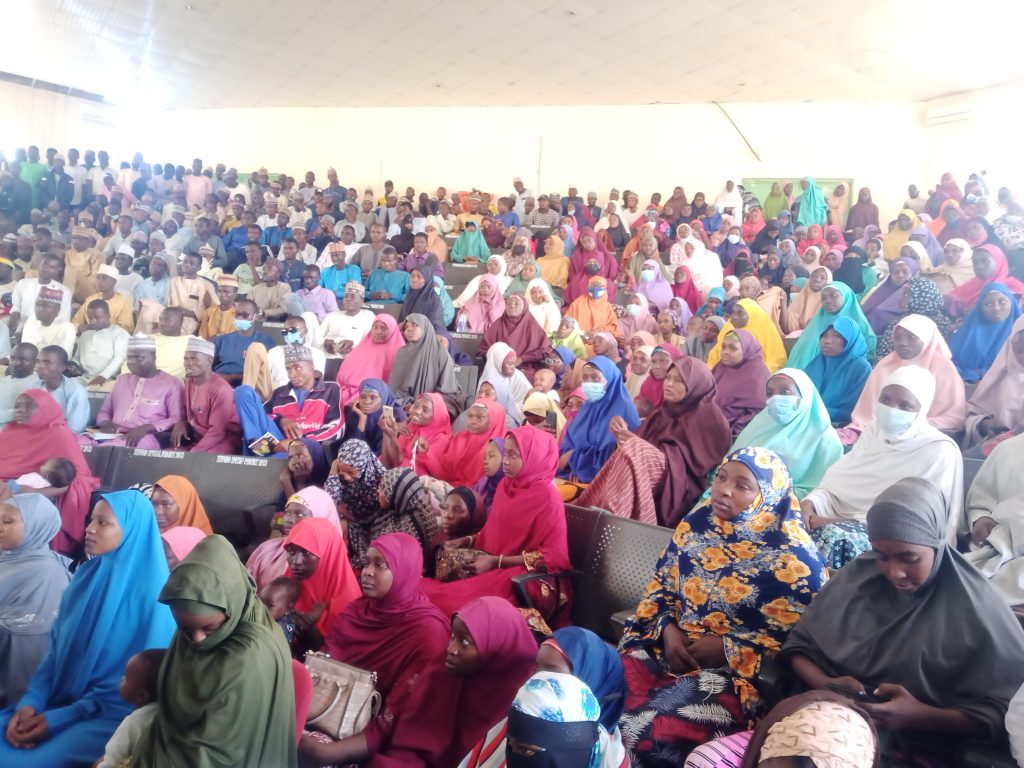 The Federal Government is committed to returning out-of-school children to classrooms through various interventions.

Hajiya Maryam Uwais, the Special Adviser to President Muhammadu Buhari on Social Interventions made this known on Monday in Sokoto while inaugurating 1,050 facilitators training under At-Risk Children Project (ARC-P) in Sokoto state.

Uwais, who is also the National Lead of ARC-P, said:” President Muhammadu Buhari is deeply concerned about conditions of children on the streets and determined to uplift their wellbeing.

” The president has ensured timely approval and support of all policies relating to supporting children to live a good life as they are the future of the nation, ” Uwais said.

Uwais said the project was designed to support vulnerable children to become self-reliant.

“As we are all aware, the challenge of out-of -school children has continued to expose our future generation to serious dangers.

“This motivated the government to initiate more projects to continue to engage the children into various skills that will give them a better future.

“So, we have begun the training of ARC-P field facilitators for the 23 Local Government Areas, who would become the foot soldiers to support children that are at risk in their communities,” She said.

The aide added that the facilitators are being trained on Information Communication Technology (ICT) , Agriculture, Entrepreneurial , Financial literacy, Digital and mental skills, Child right and Mentorship.

She urged them to be transparent in thier dealings, ensure they live up to the expectations and liase with Tutors on step down training programmes.

Also speaking, Prof. Yakubu Gobir, Secretary ARC-P in Sokoto, said the facilitators underwent a test in which 1,050 applicants scaled through and they expected to enroll 50,250 out-of-school children across the state.

He said that after the training which involved 50 facilitators from each LGA, those trained will go back to their council wards to cascade the training to the children at risk.

Also contributing, Hajiya A’Isha Dantsoho, the Permanent Secretary, Sokoto state Ministry of Women and Children Affairs described the programme as a landmark move to project children in the state.

Dantsoho commended federal government for collaborating with the Sokoto State government to implement the ARC-P.

Some of the facilitators, Musa Bashir and Hairat Abdullahi who spoke on behalf of others, thanked the government for the initiative and pledged to do their best in order to achieve the desired results.

The News Agency of Nigeria reports that Gov. Aminu Tambuwal approved N500 million for the take off of the ARC-P in Sokoto state.

NAN reports that the federal government said efforts would be made to provide protection for the over nine million unprotected children in Nigeria.

The category of children, the government said, are those who deal daily with violence, abuse, neglect, exploitation and exclusion, would be supported through the ARC-P.

The vision of ARC-P is to comprehensively address cross-cutting concerns of at-risk children and provide them with a life of dignity.