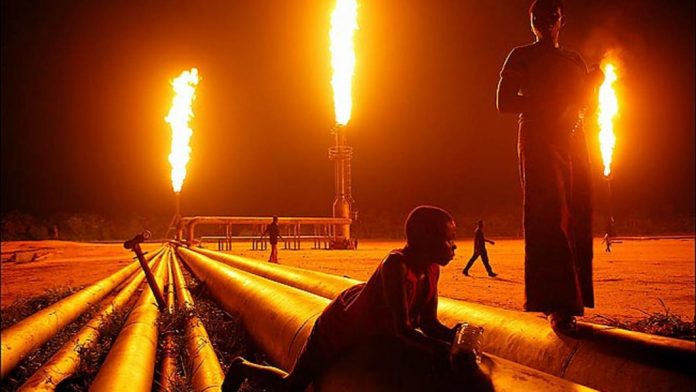 However, the country is now in need of $3.5 billion worth of inward investments is to achieve the country’s flare gas commercialization targets by 2020.

According to him, “If flared gas is properly exploited, it has the potential to create 300,000 jobs, produce 600,000 MT of LPG per year and generate 2.5 GW of power from new and existing IPPs, as approximately 700mmscf/d is flared at 178 flare sites in Nigeria”.

Backing up his submission on the paper titled; ‘The Monetization of Gas: Perspectives and Opportunities in the Nigerian Gas Industry’, Derefaka revealed that Nigeria currently utilises almost 700mmscf/d of gas for power production, which could be doubled by capturing and commercializing flared gas.

The official was quick to reveal that the federal government through the emerging ‘Flare Gas (Prevention of Waste and Pollution) Regulation 2018,’ which is being finalized, will be issued very soon to underpin the implementation of the NGFCP scheme.

Derefaka averred that gas flare reduction remains a priority in the energy policy of Federal Government programs for improving the environmental, health, social, economic and security problems in the Niger Delta region.

According to him, the planned solution will not only tame gas flaring in oil communities and positively contribute to the Nigerian economy, but will present a bankable market opportunity for investors.

He said “A robust and viable Gas-to-Power sector in Nigeria is critical to Nigeria’s future economic growth; constant power supply will lead to growth across all sectors”.

He argued further that “lack of capacity in power generation, compared to other countries, makes it very difficult to attract new investment and retain existing investment in the broader economy.

Besides, only 25 per cent of Nigeria’s circa 12,000 mega watt of installed generation capacity reaches the end user”.

“The current electricity consumption of 144kwh per capita in Nigeria compared to the global average of 3104kwh is alarming and wholly inadequate to support the economic development goals of the country”, he added.

In his presentation, John Chibueze, Partner at Adepetun Caxton- Martins Agbor & Segun (ACAS Law), reviewed the efforts made by the government to date in boosting the exploration, development, production and sale of natural gas, but concluded that there remains a glaring lack of fiscal and regulatory cohesion to support the infrastructure investment required to drive boost in gas reserve production ratios in Nigeria.

He said the best bet for the hard currency currently being wasted in searching for oil in the Chad Basin and Benue Trough by the NNPC could have been used to develop the nation’s gas sub-sector.