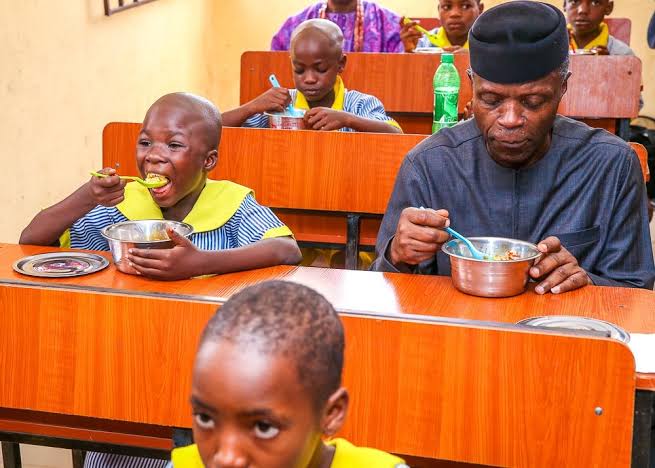 Mrs Amina Gu’ar, Focal Person of the National Social Investment Programme (NSIP) in Niger, made this known while addressing newsmen in Minna on the activities and achievements of NSIP since the inception of the programme in 2016.

“Niger state is the only state that adopted agriators structure in school feeding, this is because we wanted to checkmate inflation, quality of food items delivered to various local governments and to create jobs,” she said.

She noted that the distribution of food items is being done in the presence of the education secretaries, school based management committee as well as payment of supplier and cooks was done directly from the national office.

”The 20 cooks and 30 local suppliers who were caught short changing pupils were handed over to the Department of State Services (DSS) and the police,” she said.

Gu’ar urged parents, the public and the media to assist in monitoring activities of cooks and local suppliers and report any wrong practices to the appropriate authority.

She, however, disclosed that the Federal government has spent N28 billion on the four components of the NSIP in Niger state since inception of the programmes in 2016 till date.

She said about 12.26 billion had been spent on school feeding, N3.8billion paid to 19,000 beneficiaries of conditional cash transfer.

The focal person said N11 billion has been paid to beneficiaries of N- Power from 2016 to 2017 batch ‘A’ and ‘B’ and about 951 million spent on Government Enterprise Empowerment Programme (GEEP).

Share this on WhatsApp
Related Topics:FGFG feeding programNiger State
Up Next

Meet the most famous tribes in Africa