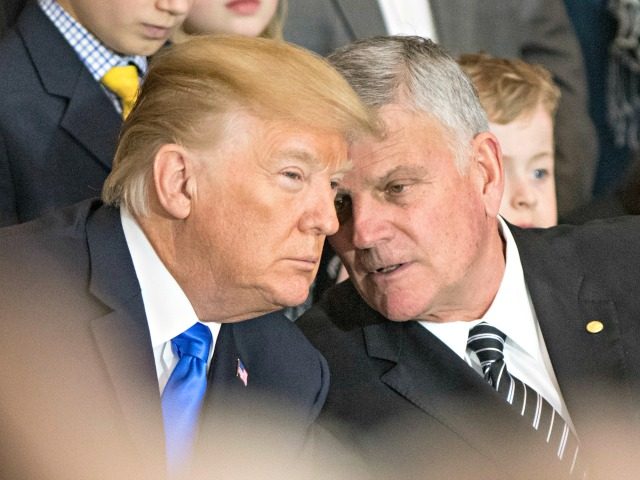 Franklin Graham on his facebook page wrote: “People have asked if I am disappointed about the election;” adding I’m “grateful to God that for the last four years He gave us a president” who protected religious freedom and the lives of the unborn; noting that Trump also appointed Supreme Court justices and judges who will uphold the Constitution and gave the nation a strong economy.

“I’m grateful for a president and a vice president who recognized the importance of prayer and were not ashamed of the name of Jesus Christ.

“I’m thankful that the president stood against the secularists who wanted to take Christ out of Christmas and that he brought back the greeting “Merry Christmas!”

He pointed out: “So as we come to the end of this election season, I look back with a grateful heart and thank God for all of these things.

“President Trump will go down in history as one of the great presidents of our nation, bringing peace and prosperity to millions here in the U.S. and around the world.”