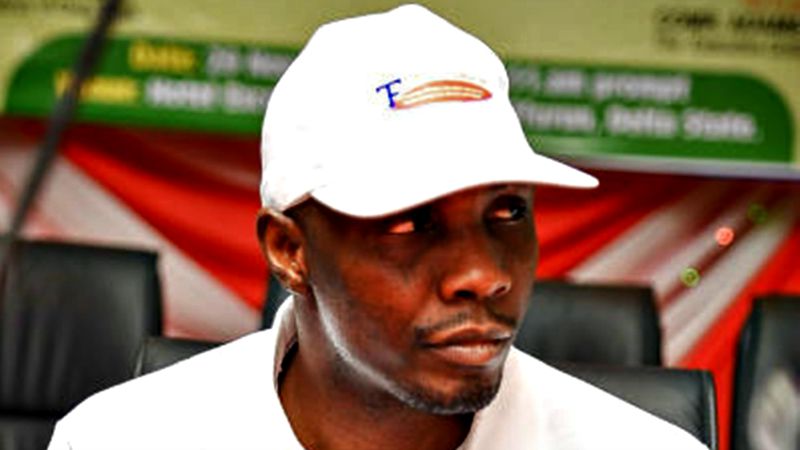 Share this on WhatsApp
Spread the love
Fresh hope rises for the Federal Government on finding solution to the violent uprising by arrays of militant groups in the Niger Delta.
Curiously, the Movement for the Emancipation of the Niger Delta (MEND) in a statement by Timipa Okponipere, its spokesperson, announced that the group has resolved its differences Odein Ajumogobia (SAN), chief negotiator in the proposed dialogue with the Federal Government. The statement indicated that both parties have agreed to collaborate towards restoration of peace, stability and development in the region.
The statement indicated that Ajumogobia has returned to the MEND Aaron Team 2, the all-embracing peace initiative inaugurated by MEND to negotiate the immediate, medium and long-term future of the Niger Delta oil with the Federal Government.
MEND expressed the optimism that the return of Ajumogobia may persuade Mr. Jemide Bismarck Rewane to return to the negotiation table set by MEND. Rewane, a financial analyst, and investor, had opted out of the negotiations along with Ajumogobia.
“With this development, Mr. Bismarck Jemide Rewane may also return to the Aaron Team if he wishes to do so. The group reckons that an economist and financial analyst of his standing shall definitely be an invaluable asset in the formulation of a comprehensive “Marshall Plan” for the region,” MEND declared.
The MEND Aaron Team 2 also expressed pleasure in having Senator Adolphus Wabara, a former Senate President, as a member of the team to represent the oil-bearing communities of Abia and Imo states.
The MEND negotiation team subsequently called on all militant groups in the Niger Delta region, including the Niger Delta Avengers (NDA), to halt violent agitations and nominate their delegates to join the Aaron Team.
This development opens new window of restoring peace in the country’s sub-region and saving the economy from collapse.  TheSecretary to the Government of the Federation, Engr. Babachir David Lawal, had penultimate week declared the readiness of the Federal Government to negotiate with the Niger Delta militants but lamented that the government is finding it difficult to identify a representatives for the negotiation, saying that they need a face to dialogue with.
The first time MEND mentioned Ajumogobia in the negotiation team with the Federal Government as leader of the delegation; he declined, saying he does not know MEND. Perhaps, that compelled MEND leaders to go into private discussions to clarify issues.
“This is with a view to ensuring that the Niger Delta region speaks with a single voice through the Chief Negotiator, Mr. Odein Ajumogobia, at the forthcoming dialogue with the Federal Government. Already, the efforts have yielded fruit as the militant groups in the Bakassi axis of Cross River state have nominated Senator Florence Ita-Giwa to represent them,” MEND had declared.
ALSO SEE: ND Avengers disown new fake Twitter accounts
MEND further highlighted that its former senior commander, Government Ekpemupolo, aka “Tompolo,” could play a major role in the peaceful resolution of the Niger Delta crisis. As a result, it has reserved a slot for Tompolo or his representative in the Aaron Team.
MEND expressed the hope that agents of the Federal Government will show reasonable understanding.
” In light of these developments, I have been directed by MEND to caution agents of the Federal Government, including but not limited to the Secretary to the Government of the Federation, Babachir David Lawal; Minister of State for Petroleum, Dr. Ibe Kachikwu; as well as the Director-General of the Department of State Security (DSS), Mr. Lawal Daura, to be circumspect in their official actions and utterances about the current crisis in the Niger Delta,” Okponipere stated.
In the statement, MEND warned that it takes exception to Kachikwu’s show of desperation to hold talks with fake representatives, pointing to his reluctance to give credit to MEND, Henry and Charles Okah for their contributions to peace gradually returning to the region. MEND also accused the DSS over its penchant for propaganda and sensationalisation of the “arrests” of alleged NDA members.
The MEND Aaron Team 2 said its assignment would be for an initial period of two years, starting from June 12, 2016.
Share this on WhatsApp
Related Topics:Government Ekpemupolo (Tompolo)Movement for the Emancipation of the Niger Delta ( MEND)Niger Delta Avenger (NDA)Odein Ajumogobia (SAN)
Up Next