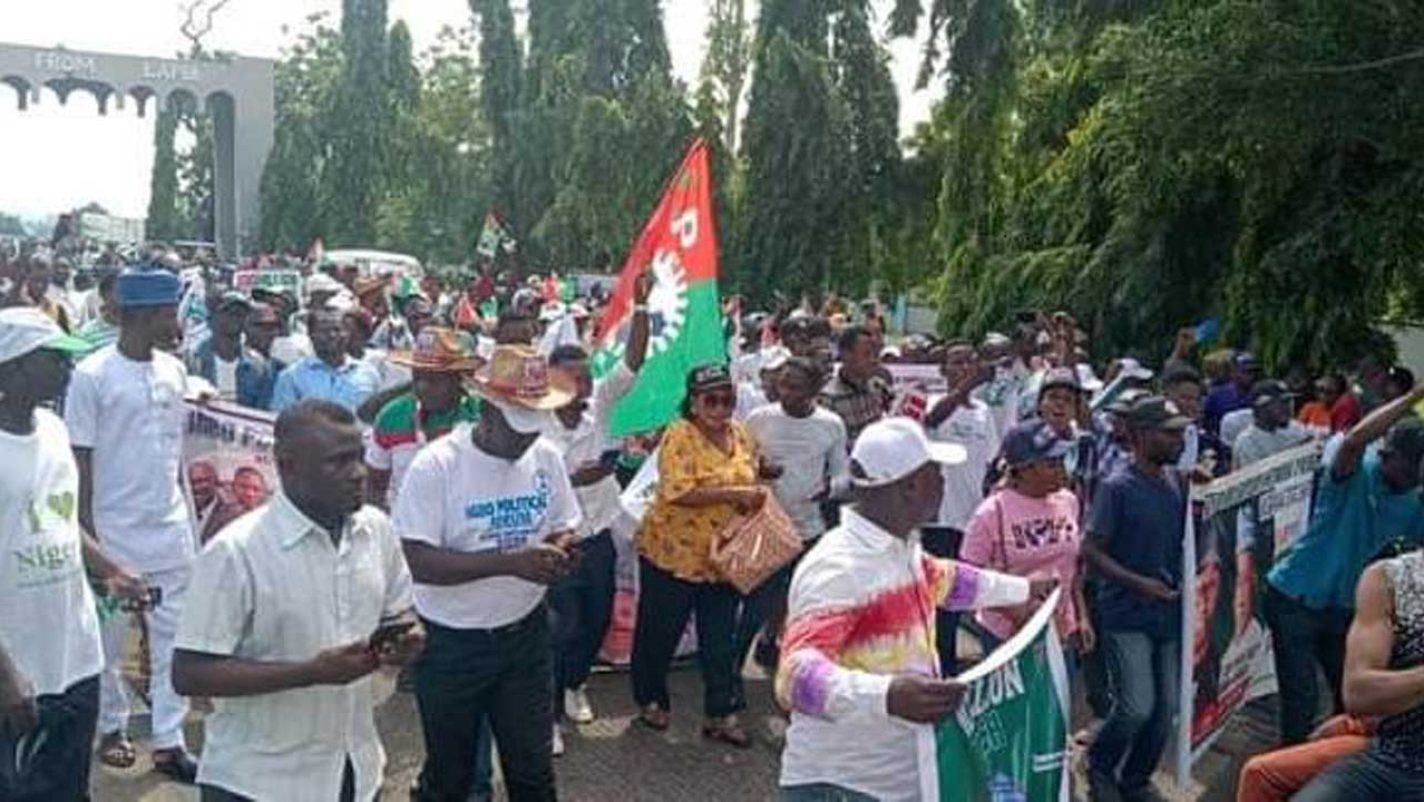 In the last one week, I have participated in two different 1 million man marches for Peter Obi/Datti. Last Saturday, it was the Jos/Plateau 1 million man march for Obidatti. The march in Jos was a twin march of equally humongous proportions- with the appropriate social media trending. It sent a clear message to the man now known as the DG Iscariot and the APC apparatchik nationwide. The march was trending at number one on Twitter Nigeria at some point that Saturday.
At the Jos march, I saw and did what I never thought was feasible. I marched the entire route from secretariat under bridge to Langfield resort at little Rayfield via Bukuru. It was electrifying and until it was over, I felt no fatigue at all. My three sons whom I had dragged along to the march were stunned. You see, we had gone along in the family car just in case someone; particularly me needed rest and/or evacuation along the route. It was not to be. Thankfully. As it turned out, the young men were soon left in charge of the vehicle as I disappeared into the crowd- we caught occasional glimpses of each other along the way and kept touch via phone.

One thing you soon realize upon reflection is how small; relatively insignificant you are as a member of a mammoth crowd. You realize how finite, how little you are. But there’s also the realisation that you are part of something way bigger than you are; both in purpose and in magnitude. You wonder for the upteenth time why you are here and the same conviction overwhelms you; the country is in mortal danger; you are lucky just to be amongst the living, given what has happened to others known and unknown. You realize that if you don’t march now, a day is coming and very soon perhaps when the very right will be unceremoniously taken away in utter impunity. You realize and you realize a countless times over that your country is no longer what it used to or pretended to be – hence the quest for a leader symbolised by Peter Obi in whom the citizenry can see a semblance of hope and promise. You look to your front, with thousands marching, you look backwards and multitudes overwhelm your eyes, you look to the left and then to your right to this humongous humanity – all fed up with the gross incompetence, underperformance and downright criminal nepotism of a government that has let them down.

The crowd itself seemed to be on some collective penance, of not letting their thirsts, fatigues, hunger and other daily human privations hold them back from being part of history. It’s as though they realise their role in condoning the rote of the day and are ready to offer the pains in their joints, muscles and bodies as sacrifice towards cleansing and taking back their land. I saw a young lady whose footware- a fancy slipper had cut and as might be expected of Jos city ladies at such a development – their was no iota of embarrassment on her face as she picked up the damaged shoe and continued to march – to the admiration of those close by. Another lady had completely abandoned her footware at only God knows where and was dancing barefoot to the rythm of music blasting from DJs vehicles, marching live bands, cultural theme songs and many other variations of music and sound.

The Abuja million man march was equally no mean endeavour. As the marching humanity stretched in one long piece from the unity fountain to the Bulet junction at the federal secretariat complex; continuing in its snaky journey to the Abuja stadium, I could say this for me and many if not all the marchers- Nigeria will never be the same after this. We will do our part between now and election day to turn around the fortunes of our promising country. We say, with supplication to God Almighty, the maker of heaven and earth, that never again shall our nation be brought so close to her knees by incompetent and bad leadership.

One other thing of note; most of those I saw at both the Jos and Abuja marches were regular people. There were no super stars, A- list VIPs and the likes- except for when I sighted the @areafada Charlie Boy during the Abuja march. His appearance of course caused quite a stir in the marching formation which soon settled down after he and his close protection team had departed. In Jos, perhaps @prophet ISA El-buba was the other celebrity outing of the day. True to character, he had forcefully, courageously and boldly led the second batch of the Jos march which as earlier reported was an equally humongous and intimidating undertaking. I of course was in the other marching group but words soon filtered through to us about all that transpired at the other end. There were no injuries, no fights, no security breaches, just peaceful, massive and intimidating mass of humanity, country men and women quietly saying, enough is enough!!!

Share this on WhatsApp
Related Topics:Mr. Peter ObiObidients
Up Next