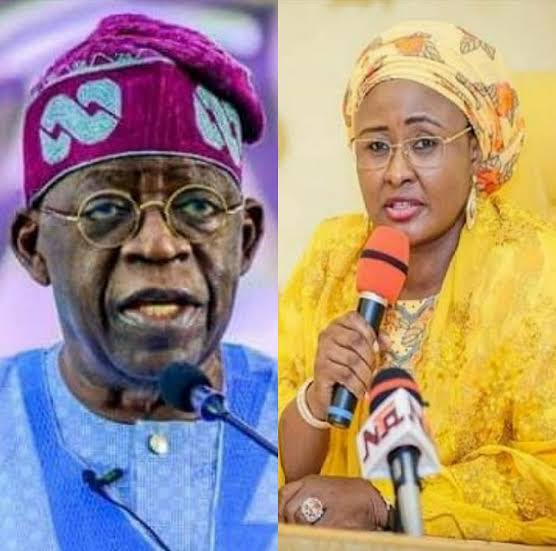 There were indications of uneasiness in the Nigerian presidency on Thursday as the national leader of the All Progressives Congress (APC) Asiwaju Bola Tinubu, praised   the First Lady, Hajia Aisha Buhari, to high heavens as a constant voice of conscience speaking truth to those in power, in acknowledgment of her criticisms of the APC government headed by her husband, President Muhammadu Buhari. The president was, however, absent at the book launch chaired by the APC national leader.

The book, – Aisha Buhari: Being different – was authored by the Senior Special Assistant to the President on Administration and Women Affairs, Dr. Hajo Sani.

Tinubu at the book presentation declared: “Given the First Lady’s achievement, no one can reasonably question the role of a First Lady any longer. Remember that there were those who argued that the constitution does not assign any official role to the First Lady. With Dr. Aisha Buhari, their concerns have been forever laid to rest.

“First lady has played an uplifting, unifying role both in symbol and substance. She has been a voice of conscience calling us to be of our better self for the good of the nation and for the vulnerable among us.”

The Vice President, Prof. Yemi Osinbajo, his wife, Dolapo, including Deputy Senate President, Ovie Omo-Agege; Mrs. Folorunsho Alakija – the Special Guest of Honour, Alhjai Aliko Dangote, among others, were in attendance at the book launch where donations were made in millions of naira.