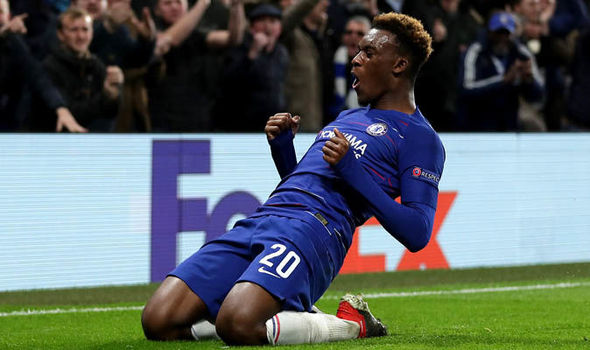 Callum Hudson-Odoi became the youngest player to make his debut for England in a competitive match, aged 18 years and 135 days, National Daily gathered.

England manager Gareth Southgate says he will take inspiration from Sir Alex Ferguson as attempts to get the best out of teenagers Jadon Sancho and Callum Hudson-Odoi.

The 18-year-olds impressed in Friday’s 5-0 European Championship qualifying win over the Czech Republic.

“He did that so well and they had sustained success because of that.
“I think that comes into everything: how much we expose them to the public, how much we put them into commercial situations.

“We’ve got to be thinking about all of that all of the time because it’s very easy for them to enjoy these moments, and they’ve got to enjoy them, but equally there’s a good balance.

“So, although they’re not our player on a day-to-day basis, I think we’ve got a responsibility to do that as much as we can, because also we’re putting them on to another level and we’ve got to make sure we get the balance right for the club, but most importantly for the player.”

Hudson-Odoi was elevated from the Under-21 squad because of withdrawals and his saved shot led to Tomas Kalas’s own goal on Friday, while Sancho teed up Raheem Sterling for the first of his three strikes.

Like Ferguson, who famously promoted the likes of Giggs, David Beckham, Gary and Phil Neville, Paul Scholes and Nicky Butt as the ‘Class of 92’ helped transform Manchester United’s fortunes, Southgate has no concern about using young players as he builds towards Euro 2020.

“We’ve got competition for places and I think attacking players mature very young, and they can go in very young,” added Southgate, who takes his side to Montenegro for their second Group A qualifier on Monday.

“We weren’t certain that he’d be able to adapt to this level, and we’re a bit fortunate in finding him, in that we probably wouldn’t have done that in this camp. We’d have given him a bit longer in the Under-21s.

“But already he’s proved in this environment that he can more than cope.”