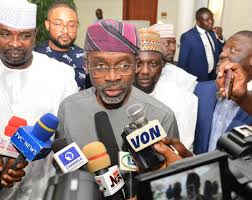 Speaker of the House of Representatives, Hon. Femi Gbajabiamila, on Thursday described estimated billing by electricity distribution companies as the biggest fraud ever to be carried out in the country, adding that the excuse of the distribution companies has always been that there are no pre-paid meters for customers.

The Speaker who was leading the debate at the sitting of the committee to amend the electricity power sector reform act 2005 which seek to criminalise estimated billing and provide for compulsory installation of pre-paid meters to all power consumers in the country, said Nigeria remain the only country in the world where electricity consumers are made to pay bills through estimated billing, a situation he described as shameful.

The bill, he said was first introduced during the 8th assembly which passed it unanimously, but was not signed into law, adding that a situation where electricity distribution companies willfully allocate bills to consumers should not be condoned.

He said that the estimated billing system was not supported by any scientific or arithmetic calculation but whimsically done by the companies to suit their own purpose at the expense of the Nigerian people.

According to him, many Nigerians have constantly complain of activities of distribution companies in allocating figure to them in the name of estimated billings, adding that this action affects all categories of Nigerians irrespective of status or social standing in the country.

He describe estimated billing as the biggest fraud ever to be carried out in the country, adding that the excuse of the distribution companies has always been that there are no pre-paid meters for customers.

The Speaker said “when they undertake to embark on the exercise, you agreed to provide meters. But today, the story is different and Nigerians are suffering from the inefficiency of these distribution companies”.

He appealed to the House to support the bill and ensure its expeditious passage.

Another Nigerian docked in US for internet scam

Why some candidates were disqualified in Kogi, Bayelsa – INEC