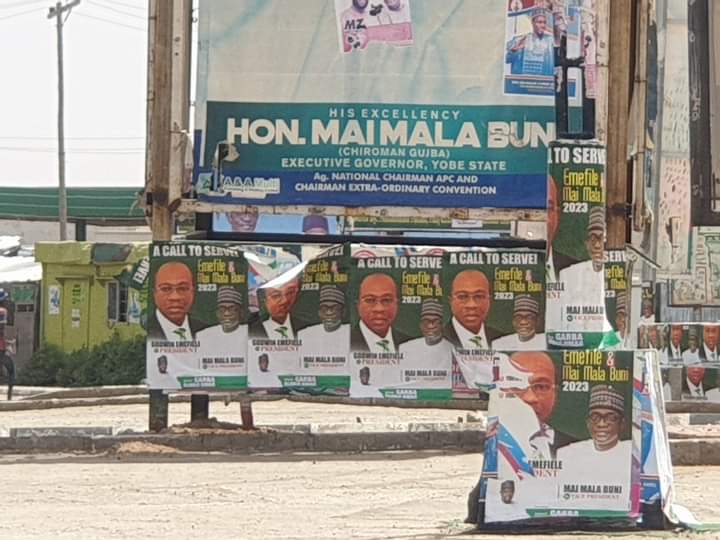 Ideas Nigeria Movement (INM) says calls by various persons and associations for Mr Godwin Emefiele, the Governor of the Central Bank of Nigeria (CBN) to resign his position is baseless.

The News Agency of Nigeria reports that INM is a group of Nigerians with a focus on national unity, innovation, and capacity.

Emefiele had been caught in a vortex of criticisms for his alleged partisanship, and purchase of form to contest in the forthcoming primary of the ruling All Progressives Congress (APC), for the presidential ticket of the party.

Mallam Nadodo Abubakar, Executive Secretary, INM in a statement on Sunday said that Emefiele had not breached any law, especially the Constitution, hence should not resign.

Abubakar said that Emefiele had admitted that a group of farmers had purchased the N100 million forms on his behalf, but had rejected the form, as he was yet to take a decision on contesting for the presidency.

He said that the CBN governor said if he was willing to contest, he would purchase the form with his own hard-earned savings from over 35 years of banking leadership, in full compliance with the laws, and Constitution of the Federal Republic of Nigeria.

Abubakar said that it was, therefore, unnecessary for some persons to still call for Emefiele’s resignation, even when he had rejected the form, and was yet to declare his intent to participate in the election.

According to him, Emefiele, as of today, has not breached any extant law of the land.

”Even by his own admission, the CBN governor has not formally declared his intention to contest for the presidential ticket of any party, yet certain persons are already calling for his head, or his resignation while some are threatening to shut down the nation through protests.

”We dare say that these reactions are baseless, ultra vires, and of no effect, as they are based on hearsay, and the actions of some Nigerians (not Emefiele), who are working at convincing Emefiele to join the presidential race.

”It is, therefore, wrong and unjustifiable for critics of Emefiele to continue to demand his resignation, when the man, himself, has not officially declared his intention to run.

”We admit that several groups, including professional bodies, have since mounted pressure on Emefiele to contest the presidency, such persuasions were only vicarious, and do not represent his opinion or intention.

“Even so, these groups were only persuading Emefiele to exercise his constitutional rights and liberties,” he said.

Abubakar faulted critics, who were referencing the Public Service Rules, CBN Act, and the 1999 Constitution to advance their argument.

He added that quoting laws was not enough, but showing proof of how his ”action or inaction offends any of the statutes”.

According to him, the constitution was clear on the matter of who should resign, and when to resign, in the case of appointees seeking election to political offices.

”That any other law that mandated such appointees to resign or leave the office at any time before that was unconstitutional, invalid, illegal, null, and void to the extent of its inconsistency to the clear provisions of the constitution.

”This ruling renders nugatory, any other law, rule, or Act of Parliament stipulating that appointees must resign ahead of the primary elections of their preferred party.

“Even if we assume, though not conceding, that Emefiele is running, he has not contravened any of the afore-listed canons often quoted by his traducers.

”For the avoidance of doubt, Emefiele has not breached any law.

“He has not shown any partisanship, neither has he mounted any rostrum nor undertaken any tour across the land to woo delegates of any political party.

”Every perceived political activity being linked to Emefiele was done by different groups, who merely made persuasive efforts to compel him to run for presidency on account of his antecedents as someone who believes in promoting a production economy as opposed to a consumption economy,” the executive secretary said.

He said that it was no doubt that Emefiele remained the best CBN governor, who had genuinely-placed the nation on the path of economic diversification, through a revolutionary turnaround of the agriculture ecosystem.

”We urge Emefiele to stay focused on the good job he is doing at CBN, where he has guided the nation’s economy out of two recessions, and navigated the economic landmines of COVID-19 pandemic, which consumed stronger economies in the advanced West,” Abubakar said.