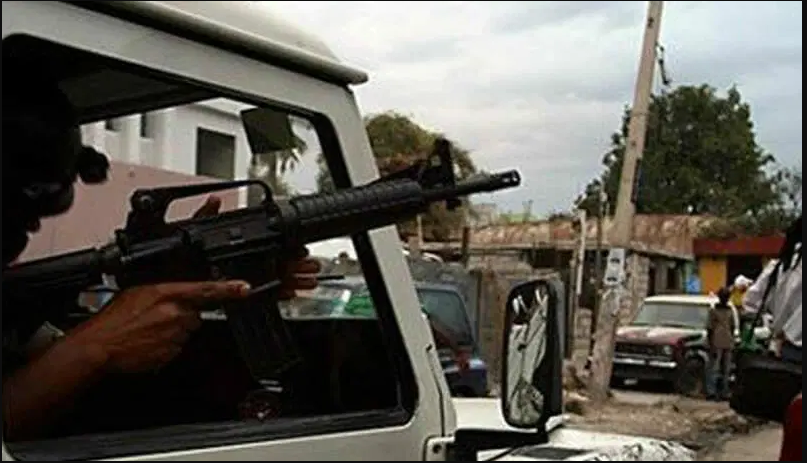 The attack took place at the Central Mosque, which is located along Okoroda street in Ughelli, at around 6.47 am, according to a resident who talked by phone to the News Agency of Nigeria.

The resident, who provided his name as Larry, claimed that other residents had been startled out of their sleep by gunshots followed by shrill screaming coming from the mosque.

He said, “My name is Larry. I am a commercial vehicle driver here in Ughelli. I live very close to the central mosque. So this morning at about 6.45 am, we heard shootings at the mosque.

“Because of fear, many people in my compound were frightened, and we remained inside, only peeping through our windows. As the shooting lasted, we heard loud cries from some worshippers inside the mosque.”

He alleged that when the invaders withdrew, a large number of locals flocked to the mosque in order to observe what had transpired.

He also added that those who survived the attack received severe injuries and that locals assisted in evacuating injured worshippers.

According to Larry, some of the worshipers told the locals that the gunmen had abducted three of their fellow worshipers.

When reached, DSP Bright Edafe, the Delta police spokesperson, confirmed the attack but claimed that 11 worshipers had been hurt.

“I just called the DPO at Ughelli, and he confirmed that 11 persons were injured in the attack at the mosque. However, the police have commenced an investigation into the incident, and we will update you as we work to unravel the culprits.

“For now, no arrest has been made but I can assure you that we will get those involved,” Edafe said.

HURIWA’s National Coordinator, Comrade Emmanuel Onwubiko, in a statement, said freedom of religion and association remain constitutional rights according to sections 38 and 40 respectively of the Nigerian constitution and no one should be attacked because of their religious affiliation or faith.

The group, while sympathising with the victims of the unprovoked attack, tasked the Nigeria Police Force to bring the perpetrators to book immediately in order to serve as a deterrent that attack on places of worship won’t be condoned in our society.