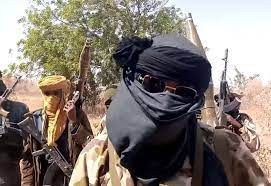 A police officer attached to Zone 2, Onikan, Lagos, was kidnapped in Ogun State with two other persons.

The kidnappers obstructed the victims at Wasinmi in Ewekoro Local Government Area. Ogun State, from where they whisked them away.

The Police Public Relations Officer of the Ogun State Command, Abimbola Oyeyemim said to have acknowledged the incident, disclosing that the kidnappers disguised in military uniform.

The PPRO had stated that the command has commenced manhunt to track and rescue the victims. He declared that “the anti-kidnapping unit of the police has swing into action and are on the trail of the kidnappers.”