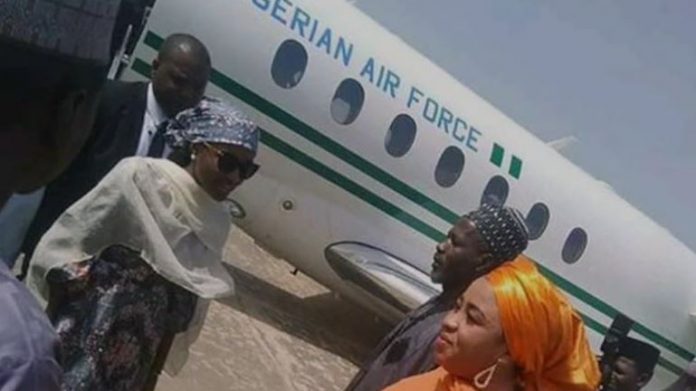 The Presidency said it isn’t a legal violation or even a subversion of convention for Buhari’s daughter to use a publicly funded presidential jet for private purposes. That’s flat-out untrue. But even if it were true, things don’t always have to be illegal for them to be condemnable. Something can be condemnable because it’s unethical or immoral, even if it’s legal.

No one in Nigeria’s history has personalized governance and murdered age-old expectations of basic decency in governance with as much impunity as Buhari has. Most members of his extended family not only hold key positions in his government, his children intrude on our national consciousness in the brashest and crudest ways imaginable.

The “corrupt” Second Republic politicians that Buhari overthrew and jailed in 1983 weren’t nearly as reckless, nepotistic, corrupt, and irresponsible as he has been. Shagari’s wife and children, for instance, were barely seen. None of them ever used the presidential fleet for personal trips. None of Shagari’s family members officially worked in the inner recesses of the Presidency.

The 1999 constitution says, “A public officer shall not put himself in a position where his personal interest conflicts with his duties and responsibilities.” Buhari violates this on a regular basis.

Recall that in 2015, Buhari wondered why a Nigerian president would need a fleet of aircraft when even the British Prime Minister used “the same public aircraft like an ordinary Briton.” He said he would sell off the aircraft in the presidential fleet if he became president. When we pressured him to make good his pledge, his spokesman claimed on Oct. 5, 2016 that the government had put two jets up for sale. As usual, it was a lie fabricated to repel scrutiny.

But giving an entire presidential jet to a 20-something-year-old recent graduate to go to take photos of an event is a low we had never reached in our entire existence as a nation.