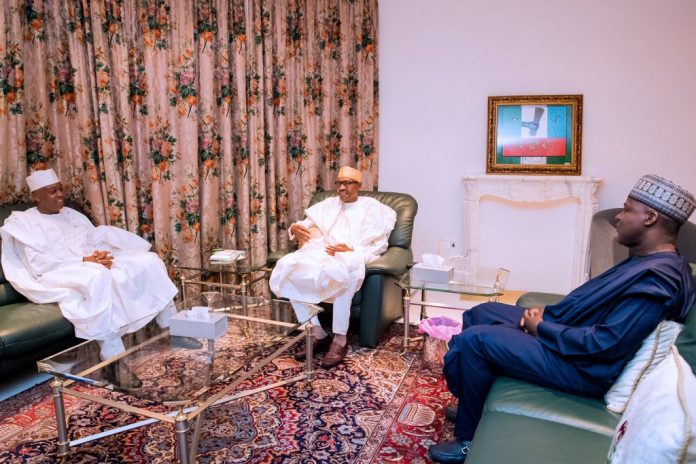 The President of the Senate, Dr. Abubakar Bukola Saraki, and the Speaker of the House of Representatives, Right Honourable Yakubu Dogara, at an emergency meeting on Wednesday in Abuja between the National Assembly leadership and the President, advised President Muhammadu Buhari on the required actions to combat the perennial manslaughter of innocent citizens in the Plateau, Benue belts and other parts of Nigeria by the Fulani herdsmen.

Right Honourable Yakubu Dogara, Speaker, House of Representatives, in a statement on Wednesday disclosed the meeting with President Muhammadu Buhari involving him and the President of the Senate, Dr. Abubakar Bukola Saraki, over the Plateau massacre by Fulani herdsmen.

He narrated that the President briefed them on what he saw firsthand when he visited Plateau State on Tuesday and the measures he is putting in place to forestall recurrence.

Dogara acknowledged that the President has taken enough steps, adding that he told them what he is doing, especially, the reorganization that he plans to put in place to ensure that the genocide doesn’t happen again.

“We also used the opportunity to advise the President on other measures and actions that will help bring lasting peace in our country in accordance with the resolutions passed at the joint emergency closed-door session of the National Assembly held some weeks ago,” the Speaker said.

Dogara also acknowledged that these are very sober moments for all Nigerians; admonishing: “In a situation where people, in hundreds continued to be killed, we can no longer tolerate this kind of situation as a government.

“We call on all relevant government agencies to quickly provide emergency relief services to people in the affected areas.”

The Speaker promised that, “The House of Representatives and, indeed, the National Assembly, will continue to work towards providing all necessary legislative backing to the security agencies more, especially, funding needed to reform and equip our armed forces to tackle the prevailing security challenges confronting us as a nation.”

He further declared: “I am also restating my earlier call for a total reform and overhaul of our internal security architecture which has failed to address the spate of insecurity in the land.

“I want to seize this opportunity to once again offer our condolences to families of victims of violence in Zamfara, Benue, Plateau, Taraba, Adamawa, Kaduna Nasarawa, Borno, Yobe and other places and urge our citizens to embrace peace without which there can be no meaningful development.”