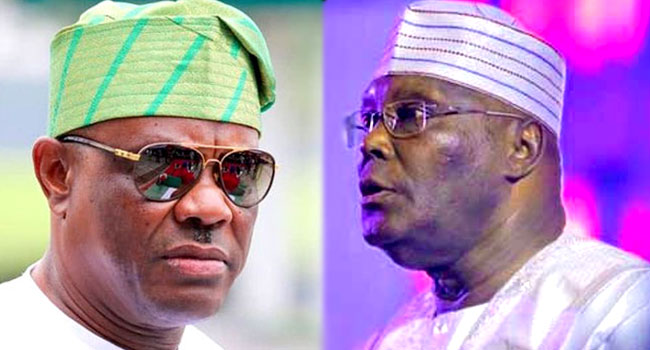 The offensive has started now weeks after Rivers Gov Nyesom Wike threatened to shut down public facilities where PDP members who are associates of the party’s presidential candidate Atiku Abbakar are plotting against him.

Hotels and other facilities belonging to the members of the Abuja crowd or their relatives have been shuttered in Port Harcourt.

A filling station in Port Harcourt reportedly owned by a member of the House of Representatives, Chinyere Igwe, has been shut down.

Igwe is an ally of ex-Deputy Speaker of the House of Representatives, Austin Opara, now a strong supporter of Atiku.

A hotel owned by Ikenda Chinda, a relative of Opara’s, has also been sealed off.

So is a lounge belonging to Ogbonda Jones, who is also an ally of Opara.

The state police command carrying out the exercise has given no reason so far.

But Igwe said he believes the action “is politically motivated”.

No reason was given for the action of police operatives.

But Igwe, while reacting to the development on Friday, reportedly said the action of security agencies on his filling station is “politically motivated”.

Wike has been fighting the state PDP stalwarts for not siding with him since he lost both the presidential and V.P opportunities in the party’s primary