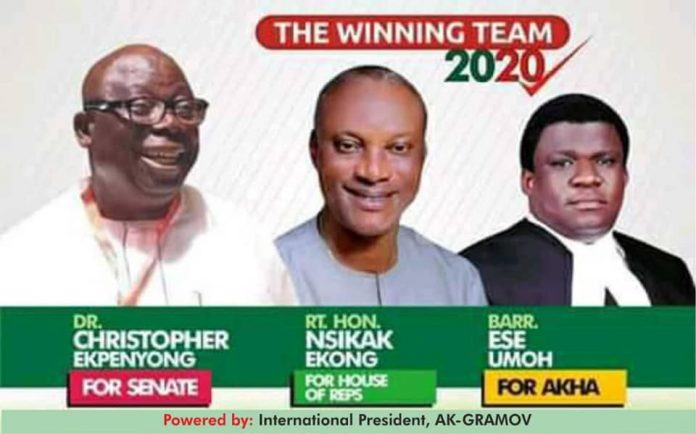 The Peoples Democratic Party (PDP) on Saturday stabilized the party’s hegemony in the politics of Akwa Ibom State, defeating the All Progressives Congress (APC), in all the elections in the rerun poll. Though, the Minister of Niger Delta, Godswill Akpabio, had in about 24 hours to the Saturday rerun election, announced his withdrawal from the senatorial rerun election in his local government but the INEC maintained that the time for withdrawal or replacing candidate as earlier planned has long elapsed.

APC invariably suffered humiliation in the supplementary elections which included a House Representatives seat and House of Assembly.

The results as announced by INEC for the PDP and APC are presented below: