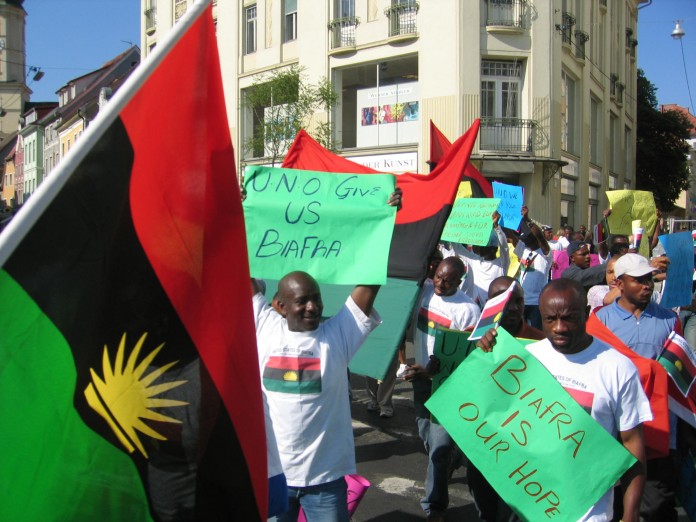 The Indigenous People of Biafra (IPOB) has declared that it will the actualise a sovereign state of Biafra without recourse to war.

The group has declared that its agitation for the sovereign state of Biafra was without intention to destroy Nigeria, adding that it respects Nigeria and the Nigerian government, the Sun reports.

In a letter to President Buhari by IPOB’s counsel, Mr Emeka Emekesri, the group said the president’s utterances on the Biafra issue was prejudicial as the matter was in court.

Emekesri said the Biafran legal unit was putting pressure on the federal government in a case at the Federal High Court, Owerri which was instituted in 2012.

He expressed the confidence that IPOB would win the case, adding that the group was resolved to pursue the case to the International Court of Justice (ICJ) in the Hague. Similarly, the spokesperson for IPOB, Emma Powerful, has described statements credited to President Muhammadu Buhari to stamp out agitation for the realisation of Biafra as a joke. Emma Powerful, said the agitators will continue to press for the Biafra state despite being subjected to intimidation and annihilation in the hands of Buhari.