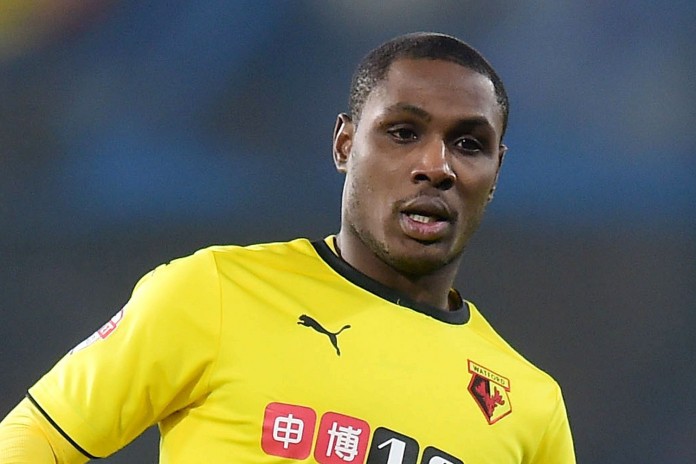 Watford striker Odion Ighalo says January’s Africa Cup of Nations in Gabon will be a sad chapter for Nigerian football.

After failing to qualify for a second straight Nations Cup the fans and players of the 2013 champions will have to watch from the sidelines again.

The 27-year-old says the reality of their failure will really hit home when the tournament kicks off on 14 January.”I felt bad – not just me but Nigerians as a whole are not happy,” he admitted

“We have to work towards the next one and keep pushing hopefully we will qualify.”

Before they can think about reaching the next Nations Cup in Cameroon the Super Eagles have the 2018 World Cup qualifiers to negotiate.

Nigeria are currently top of their World Cup group with two wins out of two and continue their campaign at home to Cameroon in August.