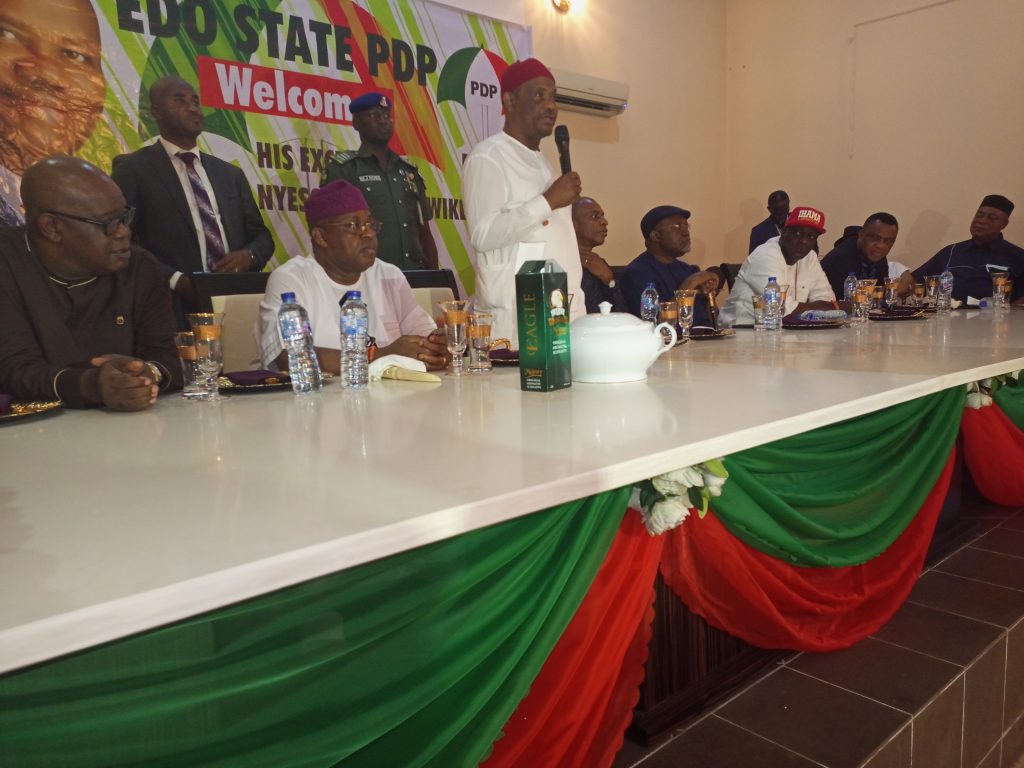 Presidential aspirant Nyesom Wike says he will never settle for vice-president position as the contest for the plum job hots up, ahead of the presidential election next year.

“I’m not coming out to negotiate to be vice to anyone, I’m coming out to contest for the number one position in the country,’’ Wike, who is currently the governor of Rivers told party chiefs in Benin on Thursday.

He lamented the pervading atmosphere of insecurity in the country, saying that that there was need for Nigeria to spend big on intelligence gathering to curb insecurity.

The out-spoken PDP governor argued that one of the key issues responsible for persistent insecurity in the country was due to inability of the Federal Government to spend enough money on intelligence gathering to stop insecurity.

“There is need to spend adequate money on intelligence to avert insecurity in the country. You don’t wait to allow events to happen before trying to tackle them.”

Wike noted that the first criteria for any president to be successful in Nigeria was the ability of such president to secure the nation and protect lives and properties of citizens.

“It, therefore, takes a committed leadership to ensure adequate security in the country.”

He explained that he was in Benin to inform PDP chieftains and delegates that he had made himself available to run for the office of president next year.

Wike noted that his antecedents and achievements when he was council chairman, minister and now governor were all visible for everyone to see.

He said that if he was given the mandate by the PDP in the party’s presidential primaries next month, he would end up winning the presidential election.

“We must have a candidate who listens to the grassroots. I have the capacity to face the All Progressives Congress in 2023.

“Give me the ticket and have your confidence that we will takeover power in May 2023. Don’t allow anybody to disabuse your mind from voting for Wike.

“We cannot continue to give excuses why we are losing elections.”

The presidential aspirant said further that there was need to change the narrative on “the dis-connect’’ between government and party.

According to him, government cannot do anything without carrying the party along.

“Leadership should not be a cabal thing,’’ he stated.

The governor was earlier at the palace of the Oba of Benin, Ewuare II, where he told the king that if elected president, he would focus on checking insecurity with massive investment in intelligence gathering.

He pointed out that it was only in a secure environment that economic activities, agriculture and investments in infrastructure could thrive.

Wike recalled that he was in Benin one and a half years ago as the Director-General of the campaign for the re-election of Gov. Godwin Obaseki.

“I have come to Benin to talk to delegates of our party who will be part of our national convention on May 28 and May 29.

If the PDP gives me the ticket, I have enough experience to tackle Nigeria’s plethora of problems, having been a local government chairman, minister of state over-seeing education and now governor.”

The Benin king in his response, lauded the competence and capability of the presidential aspirant, citing his achievements as governor.

“Wike is our son, we love him and if I say so, I believe I am speaking on behalf of our ancestors.

“We will keep praying for him so that he does not come across anybody that will mislead him, mis-inform him and may he and his family never come across harm.”

The Oba urged political leaders to promote and ensure sustenance of African culture and traditions, saying that the colonial masters tried to erase African mores after discovering that Benin Kingdom and other African kingdoms had superior administrations and civilizations.

Orbih said the nation needed a president who would “say it as it is’’.

The party chieftain said that Nigeria was currently in deep slumber and that the nation needed Wike to wake the nation up.

He recalled that at the party’s last summit, held in Uyo in Akwa-Ibom, the summit had resolved that the next president should come from the South South.