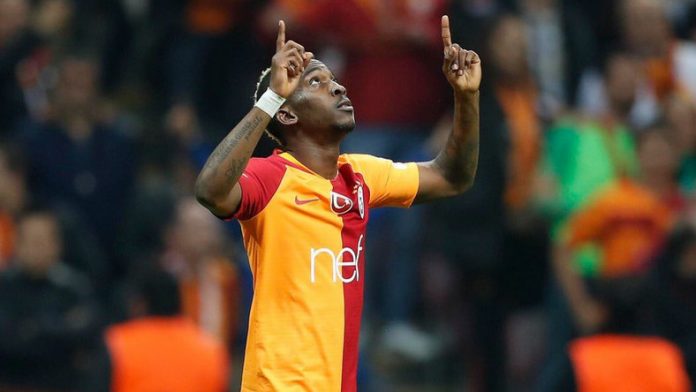 Galatasaray  SK yesterday night clinched the cup competition with a 3-1 win over Akhisarspor.

Onyekuru told our reporter that he  could clinch his second major trophy on Sunday when Gala welcome closest rivals Istanbul Basaksehir in the penultimate game of the season.

Both teams are tied on 66 points apiece and win for Onyekuru’s side will seal them the championship.
ALSO READ: Juventus Coach Allegri: Football is a stupid sport for intelligent people

“Cup Final Champions. All praises to God. The marathon continues – the big one on Sunday,” he tweeted in reference to the crucial league game against Basaksehir.

It has been a dream spell of the Everton loanee at the Istanbul giants as he has netted 13 goals in the league and two goals in the cup.