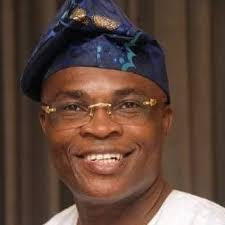 One of the governorship aspirants of the Peoples Democratic Party (PDP) for the Edo State governorship election, Kenneth Imasuagbon, on Tuesday dared Governor Godwin Obaseki to test his popularity at the PDP primary election, vowing that he will never step down for the governor.

Imasuagbon maintained that nothing will convince him to step down for any other aspirant, declaring that even if the situation spills over to violence.

Imasuagbon was of the view that there are many PDP members and citizens in Edo State who will not forgive him if he succumbs to pressures to step down for the governor who has just defected to the party.

Meanwhile, there are insinuations that Imasuagbon may be having the support of some external forces outside Edo Stater as well as outside the PDP to ensure Obaseki does not get the PDP ticket for the September 19, 2020, governorship election.

Since the defection of governor Obaseki from the All Progressives Congress (APC) to the PDP, there have been series of negotiations for the PDP governorship spirants to step down for the governor. While one of the aspirants acquiesce to the overtures, others are adamant on contesting the primary election on Thursday, June 25. About two aspirants, including Imasuagbon, are perceived to be sponsored by certain opponents to Obaseki within and outside Edo State.