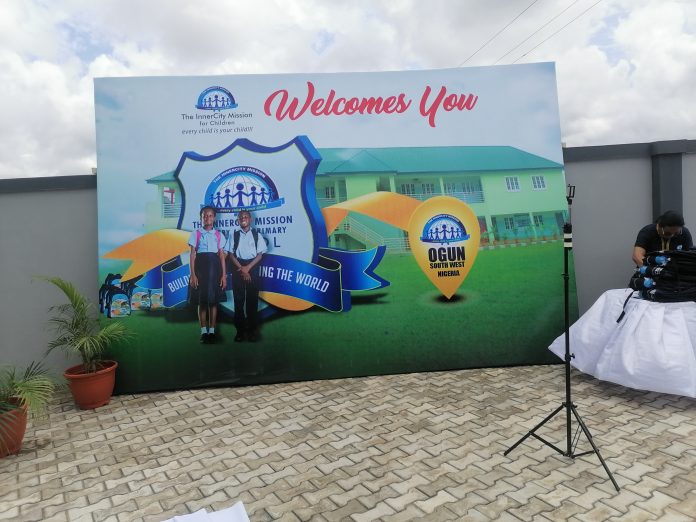 The InnerCity Mission opened another school at Simawa, a community in Ogun, on September 30.
The School comprises a duplex complete with classrooms from Kindergarten to Primary 6, well furnished with modern chairs and desks with a shelf for their backpacks. 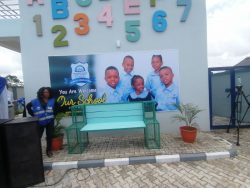 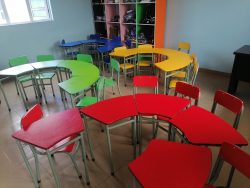 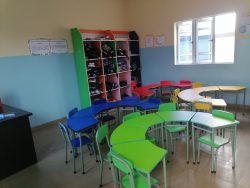 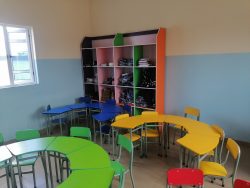 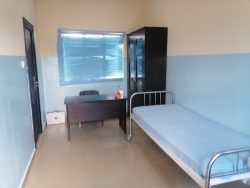 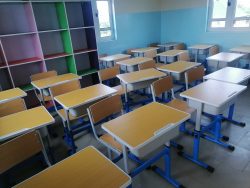 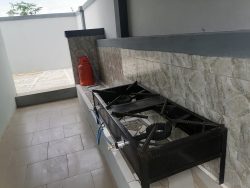 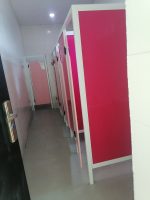 It has a play area, toilets, a kitchen, a sick bay with medical personnel, and other educational and recreational facilities to enhance the children’s mental development.

The director of the school also revealed plans to build staff quarters for the teachers so they can be more effective in their work.
The commissioning and opening event brought together officials of the LoveWorld Nation, community chiefs and leaders, and other members of the community.
Pastor Lekan Balogun, the Zonal Pastor of Lagos Zone 1 speaking, said, “Every child is your child.”
According to him, he was once a beneficiary of a similar program through missionaries who came to his town to set up a primary school. For the Simawa pupils, the benefits, he said, are not just in the value the Inner City school offers, but also in an education that will cut across every area of their lives.

He also commended the Director of The InnerCity Mission Pastor Omoh Alabi, describing her as a wonderful person who does everything excellently.
LoveWorld President and Pastor Chris Oyahkhilome, whose foundation runs the mission school, couldn’t have made a better choice than asking Alabi to head the mission, according to Pastor Lekan.

One of the students of the pioneer school from Ikeja also spoke at the event, after a dance presentation.
“I know love because I have seen it,” said Assumpta Ahabi

“You gave your all selflessly, your show of love and care is incomparable. Our lives have been changed forever by your generosity and your investment in us will never be in vain because you have given us a solid foundation and capacity to be great in life.”

The InnerCity Mission believes in the future of indigent children, and that propels it to take action to reach and meet all their needs. Over the years, the mission’s programs and interventions, in line with the United Nations Sustainable Development Goals (SDGs), have impacted the lives of over 20 million indigent beneficiaries mostly children around the world in underserved, hard-to-reach communities, from one country in 2005, to over 65 countries in 2020.

The event also brought other senior pastors in the Loveworld Nation: Pastor Temisan Edun, a member of the Central Executive Council, and his wife Pastor Ewaen Edun promised to give the school a well-furnished library; The COO of LoveWorld Inc, Pst Dr. Emeka Eze; Pst Lekan Balogun, zonal pastor of Lagos zone 1; and other Loveworld pastors and partners from different parts of the country. 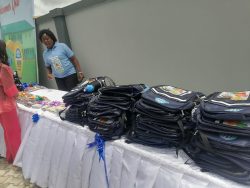 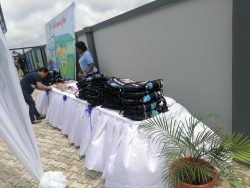 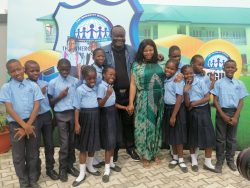 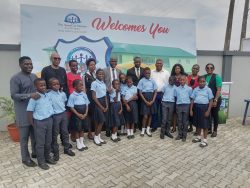 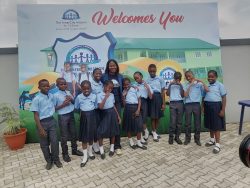