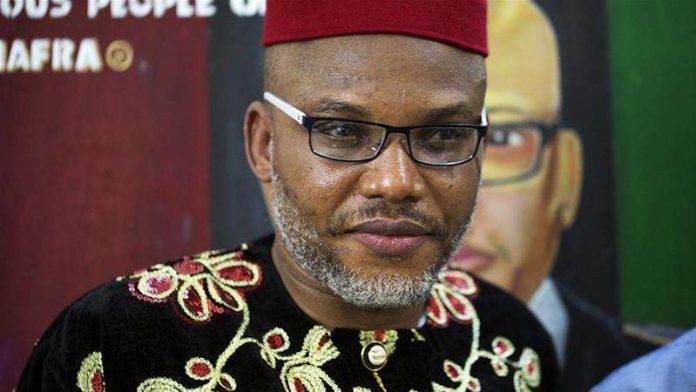 PDP partyman Femi Fani-Kayode has revealed the whereabouts of the leader of the Indigenous People of Biafra (IPOB) presumed to be on the run.

According to him, Nnamdi Kanu is being kept on a Nigerian naval warship far off the coast of Bayelsa.

Fani-Kayode made this known in a post on his Tweeter handle on Monday.
‘Intelligence reports suggest that my friend and brother Nnamdi Kanu is being kept on a Nigerian naval warship far off the coast of Bayelsa and that Buhari intends to keep him there until 2019 and then drop him in the Atlantic ocean after “winning” the February election…” he tweeted.

“Know this: the incarceration,torture and murder of Nnamdi Kanu will not go unavenged or unpunished.

“The God of Justice will serve His judgement on all those involved in this sinister, gruesome and homicidal initiative. Buhari will soon know that God rules in the affairs of men.
— Femi Fani-Kayode (@realFFK) July 2, 2018

Kanu jumped bail last year in the neat of army-IPOB clash in the southeast where the secessionist group was fighting for a republic of Biafra.

His surety, Senator Eyinanaya Abaribe, has since been having a hard time in court producing the suspect charged with treason among other offences.