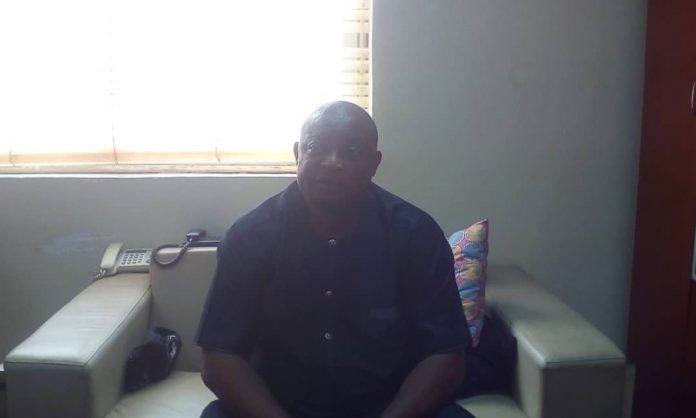 Hon. Victor Akande reelected member, Lagos State House of Assembly representing Ojo I constituency has questioned the rationale behind the celebration of the world international day for happiness,saying that modes change per time.

According to Victor you may be happy today and the next minute you have reasons to be sad.

“Is there any day set aside for sadness? Then as we celebrate happiness there should be another day set for celebrating sadness.

“I don’t see any reason why,your mode can change,somebody can just die while you are celebrating can we now go on celebrating under such circumstances?

There no day that everybody will be happy across the world.

“This at any given time viciates the rationale behind making a day international day for happiness.

Victor in an assessment of the electoral process in the last general election, noted that the Independent National Electoral Commission (INEC) scored 70percent in his own estimation.

“I still give INEC 70 peecent,they have tried,even the American observers give them kudos.If we have recorded that feat then we have passed.

“If out of 36 states we had issues in 6 states I think that percentage is manageable.

He however, states that INEC’s decision to deny the Imo State Governor Mr.Rochas Okorocha his certificate of return as elected Senator of the Federal Republic,is apt.

“When a pronouncement is made on false premise then it can’t stand, there are visual clips widely publicised in the mass media.

“Pointing out that the REC made declaration under duress,so prior to any legal interpretation, INEC has rights to withhold the document of authority woth which he can make any legal argument.