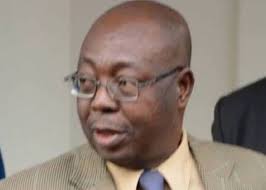 A member of the election monitoring group, the International Human Rights Commission, Geneva, Switzerland,  at the National Headquarters, Abuja paid a courtesy visit on the Director General, DSS, Mr. Yusuf Magaji Bichi. The Delegation was led by Rev. Solomon Semaka, Alternate Chair, Committee on Civil/Military Affairs (Nigeria) of the Commission. The group used the occasion to present an award of honour to the Director General, DSS.

The award is in recognition of the exemplary performance by the Service and its personnel during the just concluded 2019 general elections. The group also paid glowing tributes to operatives for their professional conduct and appreciable respect for Human Rights in the course of discharging election duties. It also expressed satisfaction with the neutrality of the Organization during the elections.

While extolling the sterling performance of the DG and his Management team, the group described his leadership style as worthy of emulation. He was therefore enjoined to advance other platforms that will further promote international protocols on human and civil rights of citizens.

Responding, the Director General, DSS expressed gratitude to the group for appreciating the efforts and contributions of the Service and promised to sustain the spirit. He stated that he is committed to the rights of citizens and endeavours to strike a balance with state security. He explained that the DSS has internal control systems to ensure that its staff adhere strictly to code of conduct, rule of engagement and Standard Operation Procedures in enforcement actions.

He further disclosed that the Service had long established Human Rights Desks and even created the Public Relations unit for ease of public access and communication. He pledged to maintain the standards in line with domestic and international laws on human rights.