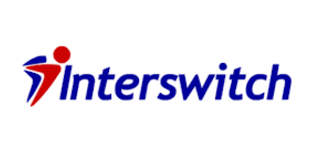 Interswitch, Nigeria’s leading payments processing company has reignited its plans for an initial public offering (IPO), via a dual listing on the Nigerian Stock Exchange and London Stock Exchange expected later this year.

Interswitch  could raise about $1 billion in the IPO.

Bloomberg citing people asking not to be identified because the deliberations are private, said that Interswitch may be valued at $1.3 billion to $1.5 billion.

The potential IPO would come on the heels of two other major African and Middle Eastern tech company share sales this year.

Representatives for Helios, Interswitch, JPMorgan and Citigroup declined to comment. Standard Bank didn’t immediately respond to a request for comment outside of regular business hours.

Interswitch pulled earlier plans to list in 2016 after the price of crude oil fell dramatically, causing a contraction in Nigeria’s economy.

As the economy recovers, an uptick in growth may accelerate payments between companies and thus revenues at payment services companies

Helios is among several private funds that specialize in investing in African assets as the economic recovery taking place across the continent bolsters investor sentiment and infrastructure plans.