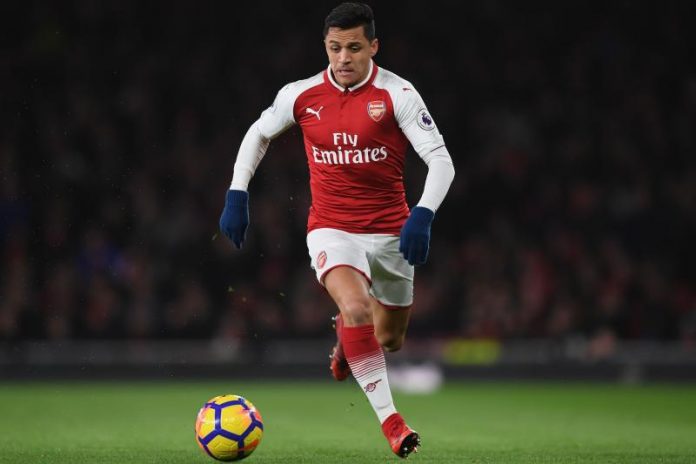 Everybody was delighted for Alexis Sanchez after he scored the dramatic winner against Newcastle United, mostly because of the sheer hard work he has been putting into training.
Despite looking the part in pre-season, he has not shown his best form in 2018/19 but came off the bench to real effect in the 3-2 triumph on Saturday, with many feeling this could be a real catalyst to spark his Manchester United career into life.
The celebration in front of the Stretford End spoke volumes as the ground erupted when witnessing yet another of the club’s miraculous comebacks.
“I would have wanted to have been in his shoes today [scoring the winner], but the guy is working really hard,” Romelu Lukaku told MUTV. “I think he’s one of the most hard-working professionals I have ever seen and to give us the win, he deserves it and I am really happy for him.”
Manager Jose Mourinho also praised the work ethic of the South American, who has already shown he is able to light up the Premier League during his time at Arsenal.
“I think he is a good boy,” said the boss. “A good professional who works really hard. He is not playing especially well, in some periods, but, when the team doesn’t play especially well, it’s difficult for players individually to perform well. Today, I think it’s an amazing feeling for him to score the winning goal in a comeback. That is nice.”
Luke Shaw, who has won both our Player-of-the-Month awards this term, was also keen to suggest Alexis will be boosted after his intervention off the bench.
“It’s massive,” he told MUTV. “As football players, confidence is something you need when you step onto the pitch. You need to believe in yourself, you need to have that confidence to do things and we know how much of a special player he is and today could have been a massive confidence boost.”