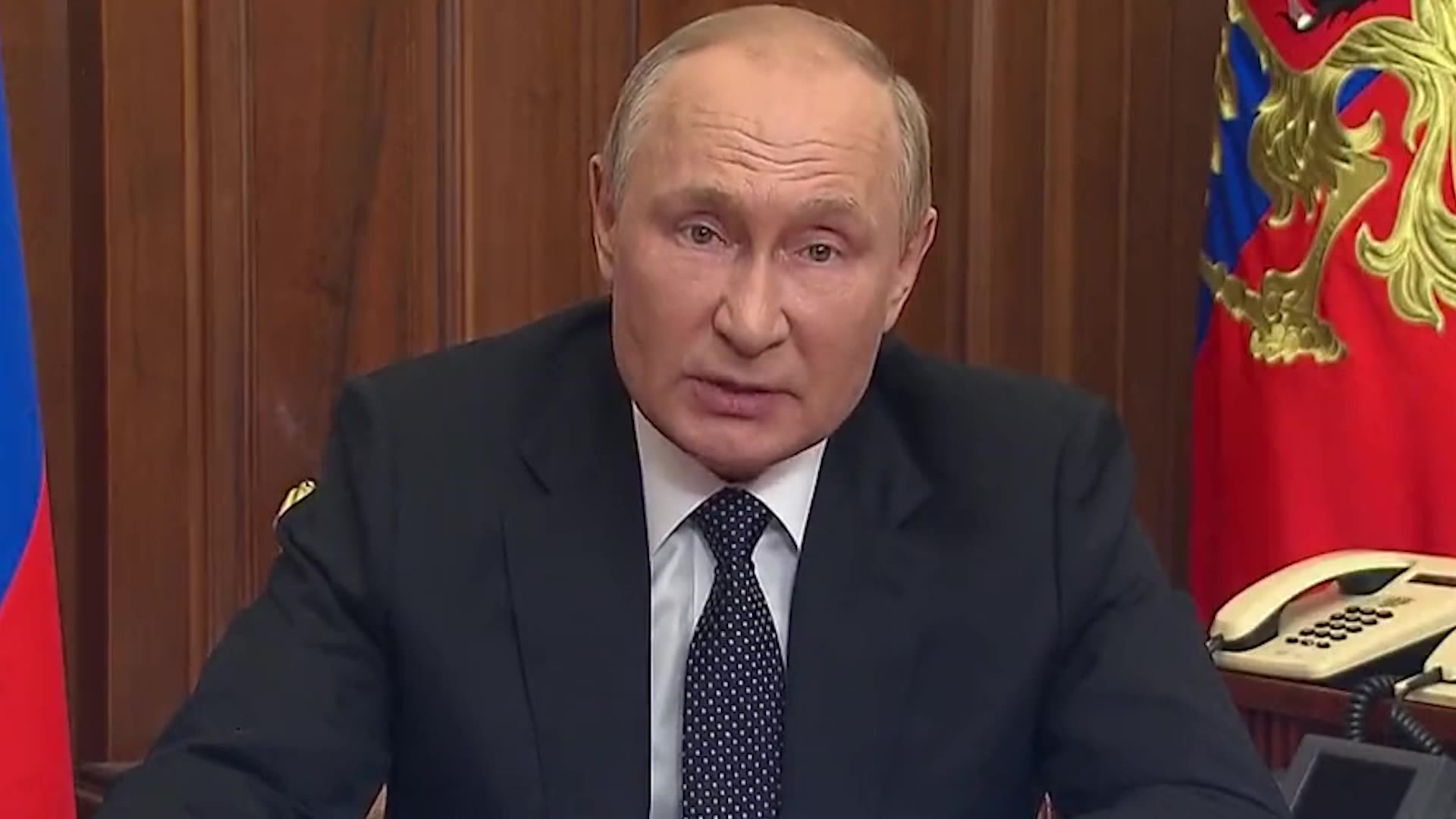 In a major escalation of the war in Ukraine, Vladimir Putin has declared a “partial mobilisation” of Russia’s army reserves.

The president said in a speech to the Russian people on Wednesday morning: “It’s not a bluff. Russia will use every tool at its disposal to defend its borders.”

Defence minister Sergei Shoigu said later that 300,000 reservists would be called up to fight against Ukraine, from the 25 million available.

Speaking to those in “leading Nato states” who he claimed had talked of “the possibility of using nuclear weapons of mass destruction against Russia,” Mr Putin said: “I want to remind you that our country also has various means of destruction, and for separate components and more modern than those of NATO countries.

“And when the territorial integrity of our country is threatened, to protect Russia and our people, we will certainly use all the means at our disposal,” he said.

Mr Putin told the Russian public he ordered the Ministry of Defence to confer a legal status on volunteers fighting in the Donbas region and said he backed the referendums announced by occupied areas to join Russia.

“We are talking about partial mobilization, that is, only citizens who are currently in the reserve will be subject to conscription, and above all, those who served in the armed forces have a certain military specialty and relevant experience,” the Russian leader said.

Mr Putin said the decision to partially conscript reservists was “fully adequate to the threats we face, namely to protect our homeland, its sovereignty and territorial integrity, to ensure the security of our people and people in the liberated territories.”

The address came a day after pro-Russian authorities announced referendums in Luhansk, Donetsk, Kherson and Zaporizhzhia provinces, representing around 15% of Ukrainian territory, or an area about the size of Hungary, to join Russia.

In response, British Foreign Office minister Gillian Keegan said it was “quite obviously a worrying escalation” and the threats he made in it must be taken seriously.

She added: “It’s something that we should take very seriously because, you know, we’re not in control. I’m not sure he’s in control either really. I mean, this is obviously an escalation and, of course, for the Russian people now they will be conscripted into this war.”

How N300 made man stab friend dead in Lagos