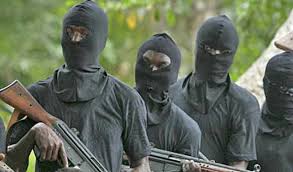 Ajeoku is located between Otan Ile and Imesi town in Osun State.

Former chairman of Obokun Local Government, Mr. Sunday Ojo-Williams, an indigene of Imesi Ile, confirmed the attack in a chat with our correspondent on Monday.

He explained the vigilante group working in Imesi Ile and policemen immediately they got wind of the attack launched a rescue operation and were able to rescue some of the passengers.

He added, “They are still there combing the bush for others that are still being held by the kidnappers.”

When contacted, spokesperson of Osun Police Command, Sade Odoro, said “Information on the incident is still sketchy. I will brief you in the afternoon.”