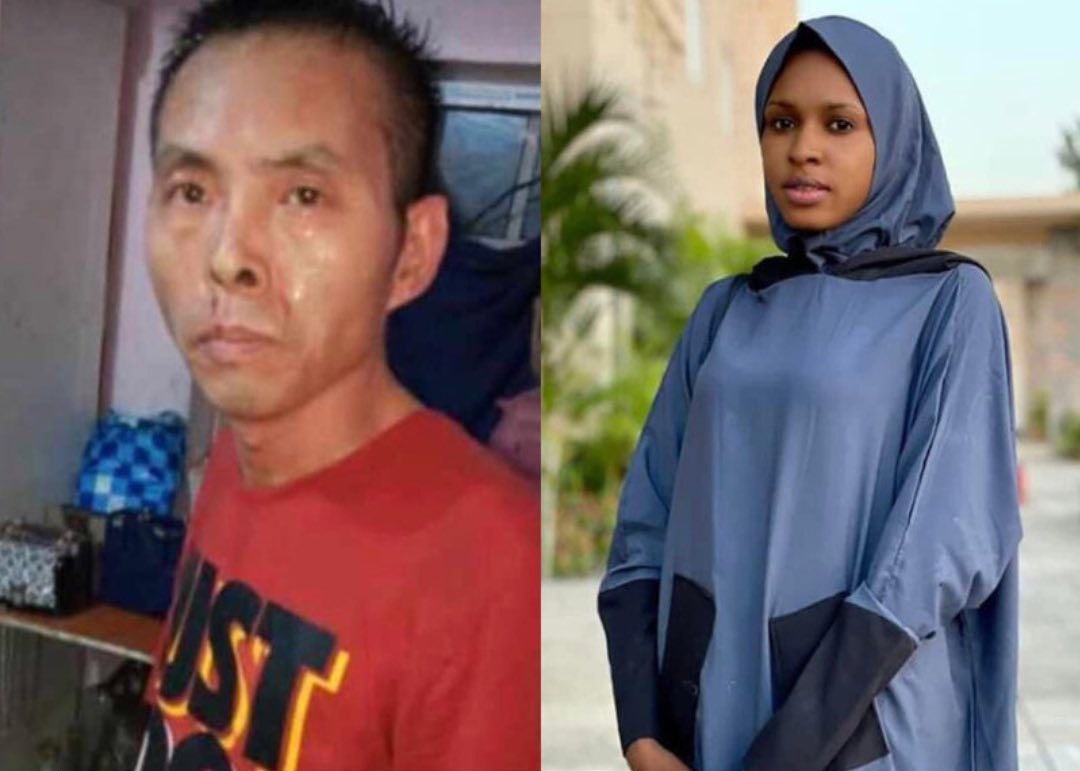 The mother of 23-year-old Nigerian Ummakulsum Buhari, who was killed by her Chinese lover, has narrate how her daughter first met the suspect.

Recall that on Friday evening, September 16, 2022, the deceased was stabbed to death at her residence in Janbulo Quarters in Kumbotso LGA of Kano State.

The devastated mother said: “She was my daughter; he (the Chinese man) always comes around asking to see her and she has been rejecting” when speaking about the tragedy. When she went to Shoprite to purchase perfume, they initially met and exchanged phone numbers. That’s how they started exchanging calls.

On that fateful day when he came to our house. He kept knocking on the door. When I was fed up with him hitting the door loudly, I opened the door and he pushed me aside and got in and started stabbing her with a knife

We rushed her to the hospital but before we arrived, she was dead. It happened around 9.30 pm

Danladi aka Murderer chops off friend’s hand because of girlfriend

Ex-convict nabbed at Lagos Airport with 5.90kg of cocaine