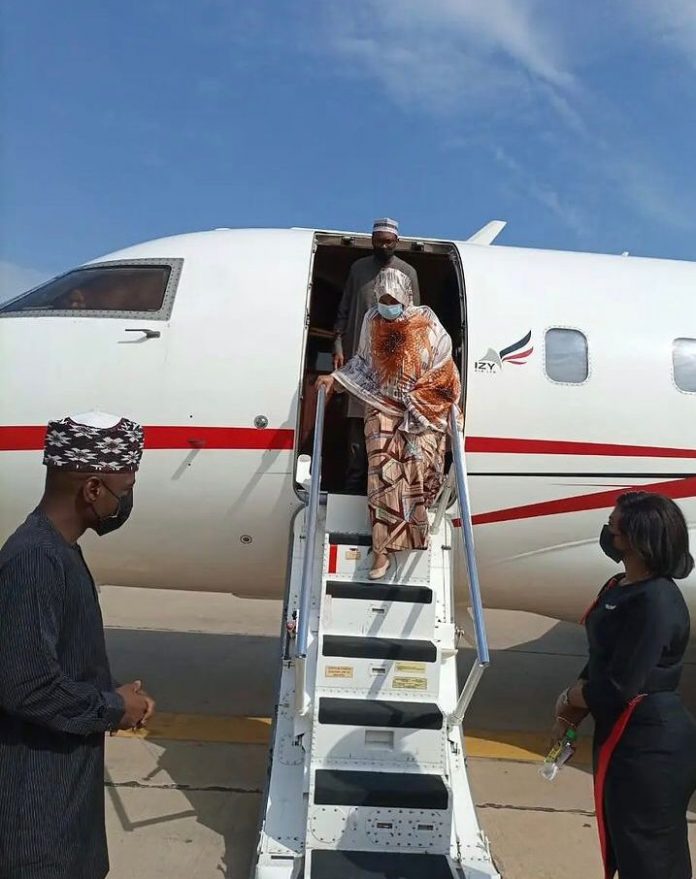 Earlier in the day, reports were out Kao’s First Lady Hafsat Ganduje was arrested and detained by the EFCC, but no official statement came from the APC state government until now.

The first family in the state has been battling allegations of financial crime the first son Abdullazee levelled at his mother weeks ago before he fled the country.

But Muhammad Garba, commissioner of information, has discredited the story, saying the reporters could not eve verify the sources of their stories.

He pointed out that unfortunately, the fake story is being peddled on social media platforms without confirmation from either the government or the EFCC.

According to  Garba, the governor’s wife has not been arrested or detained and is presently discharging her responsibilities.

The commissioner called on the good people of the state to disregard the rumour.

However the Daily Trust insisted an official of the EFCC told the newspaper that Ganduje’s wife was picked up following her rejection to honour the invitation extended to her.

After being grilled at the commission’s headquarters in Abuja, she flew back to Kano from Abuja in what looked like a private jet.

Since Mrs Ganduje was reported to the anti-graft agency, all invitations for her to state her own side of the allegations have failed.

If the government exlanation is to be reckoned with, it means the governor’s wife has yet to visit the agency or make a public statement in that respect.