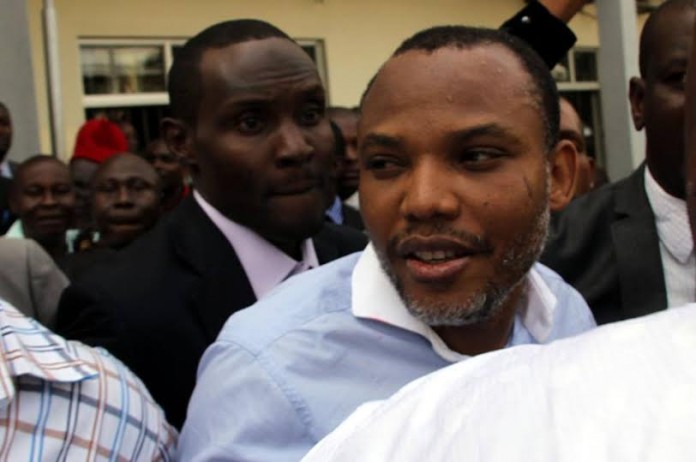 The court, presided over by Justice Binta Nyako, had demanded a senator, a prominent Igbo leader and a Jewish leader to stand surety for him and pay N100 million each. He was also ordered not to appear in a crowd of more than 10 persons.

“It is good that they have granted him bail. This is what I have been demanding for a long time.

“The next thing we expect them to do is to dispose of the charges brought against him one way or the other.

“They detained him for a long time and the question is, are they going to compensate him for long incarceration? He ought to have been released a long time ago, but those who kept him in detention did so for reasons only they can explain.

“Besides, the bail conditions are stringent. Is Kanu going to get all these people who have been burying money in various places to surety him?

“Where will he find the three people listed as those to surety him?

“However, the court saying that he should not appear in a crowd is something good because his presence in such a place could lead to violence, which may have undesired effect,” he said.

A former minister of aviation, Mbazulike Amechi, also said the conditions were too strict. He said the court should have granted him bail unconditionally. He said it was going to be a difficult task to get people that could pay the amount of money to surety him.

Kanu and his co-defendants  are standing trial on charges of treasonable felony, unlawful possession of firearms and other offences bordering on their agitation for the secession ‎of the Republic of Biafra from Nigeria.

How Fayose, Fani-Kayode beat DSS for solidarity with Nnamdi Kanu in Court