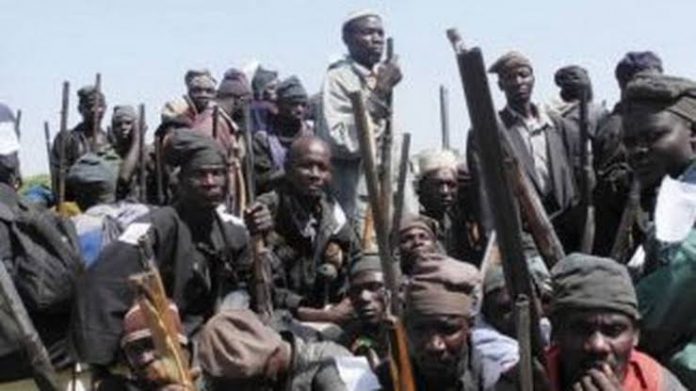 A community in Katsina State on Thursday disobeyed President Muhammadu Buhari’s directive that people in the state should stop killing bandits who attack their communities but hand them over to security operatives for prosecution. Reports from Katsina State on Thursday indicated that bandits attacked Gurbi community in Karanka Local Government in the early hours of the but met superior fireworks of residents of the community who mobilized their able-bodied men and warriors to resist and confront the bandits.

In the fierce exchange of gunfire, residents of the attacked community killed 19 bandits, and subsequently repelled them as other bandits could no longer stand the fireworks of the community, and they flee for safety.

However, reports also indicated that four members of the community were killed in the gun battle by the bandits.

There is no formal statement from the Katsina State Police command yet at the time of this report.

It would appear that community policing is beginning to yield desired results in several parts of the country. Those who confronted the bandits in Katsina State acted in self-defense  and with speed.