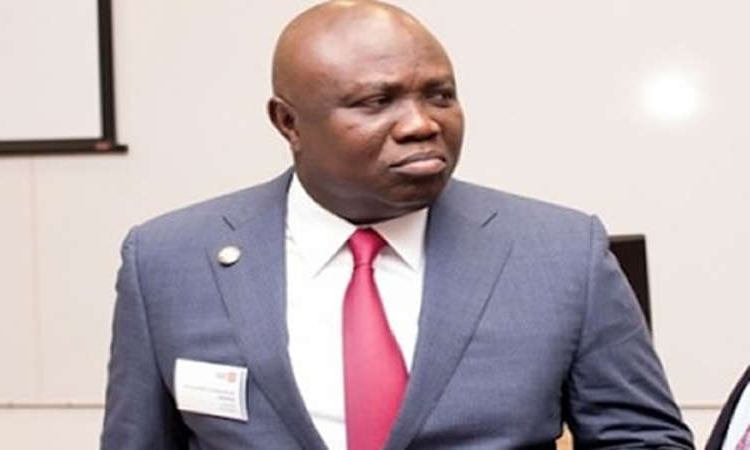 After rushing to  court to stop and stall his probe by the Lagos State House of Assembly, ex-Gov. Akinwumi Ambode has hit a brick-wall.

An Ikeja High Court said he cannot stop the State Assembly from digging into an alleged mismanagement of billions on the BRT scheme during his tenure..

Ambode is under investigation of purchase of 820 buses for the Lagos Bus Reform Project.

But on Thursday, Justice Yetunde Adesanya, held that Ambode’s suit against the Assembly breached the doctrine of separation of powers.

“An ad-hoc committee is an investigative committee performing a fact finding function and not a court, judicial body or a tribunal,’ said Justice Adesanya.

“It is not set up to determine the civil rights and obligations of the claimant. In the same breath, an investigation is not an indictment, it precedes an indictment.”

The judge noted that  Ambode has not been  indicted by the House of Assembly by a mere invitation by summons to appear before it, adding that tThe ad-hoc committee is yet to carry out its constitutional function as contained in Section 128 and 129 of the Constitution.

“Assuming that the claimant’s claim of bias by the constituted ad-hoc committee is real and well founded that some members of the committee had concluded that the claimant is guilty of the allegation before inviting him to appear before the committee, this will still not amount to a threat to his fundamental right to fair hearing because the whole exercise is nothing more than an investigation.

“I hereby find that the claimant’s action is an invitation to the court to cripple the legislative exercise of the statutory power of the Lagos State House of Assembly under Section 128 and 129 of the 1999 Constitution.

“That is not the function of the court, and no court of law should accede such invitation. The claimant’s suit is hereby struck out,” said the judge.

The former governor has been lying low since he left office, walking into a raft of corruption allegations, including another one the EFCC investigated after he lost his re-election bid.

His sympathizer shave claimed he is being victimized, though it was his ruling APC that petitioned the EFCC.