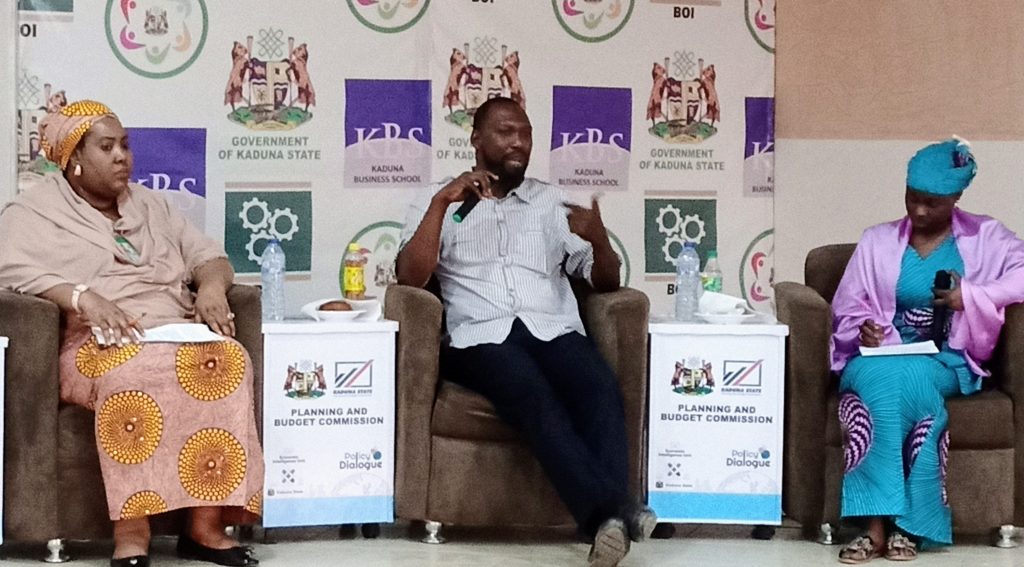 The Kaduna State Government (KDSG) says it is mobilising the private sector, and other stakeholders to enhance industrial, innovation, and infrastructure development in the state.

He spoke on the sideline of the 2nd Edition of Quarterly Policy Dialogue organised in collaboration with Kaduna Business School.

Ladan told the News Agency of Nigeria that the goal of the dialogue was to bring experts, academics, private sector, citizens, and development partners together.

According to him, the aim is to share ideas on how to develop and implement development policies in the state.

This, according to him, is critical due to the challenges of implementing development strategies and policies.

“For example, we have developed an industrial plan since 2019, but the issue of implementation has remained a challenge.

“Part of the reason is because the private sector in the state has little understanding of the concept of knowledge-based economy or circular economy.

“The private sector does not understand these concepts and that is what is preventing them from keying in to develop the state Industrial sector in spite the huge potential,” he said.

He said that a communique would be developed and sent to Gov. Nasir El-Rufai after the dialogue for the government to decide on the recommendations.

Ladan said after the state had taken a decision on what actions to take, the key stakeholders would be mobilised, including the media on how to implement them.

Also speaking, the permanent Secretary, Planning and Budget Commission, Mrs Umma Aboki said that the state government had mainstream its developed goals into the State and Local Government Development Plan.

“We want to move Kaduna state forward and greater, and we can achieve this only if we work together as a team,” she said.

Earlier, Dr Dahiru Sani, the Director-General, Kaduna Business School said the departure from linear approach to socio-economic development to system approach, with all the economic and social sectors were linked.

He said that a circular approach to consumption, production and construction would connect all sectors together, particularly through the Internet of Things (IoT), robotics, and Artificial Intelligence (AI).

One of the panelists, Ms Rukaiya El-Rufai of PricewaterhouseCoopers Nigeria, who joined virtually, stressed the need for the state to invest in digital skills and quality education to produce the needed manpower.

According to her, the government should also improve internet access among the population and strengthen partnership and alliance for sustainable economic growth and development.

Another panelist, Hajiya Balaraba Aliyu-Inuwa, Commissioner/Administrator, Zaria Municipal Authority, said that the consistent demand for infrastructure was having a toll on the environment.

Aliyu-Inuwa advised that materials used in the construction industry must be properly managed in such a way that it does not generate huge waste, destroy the environment, or harm people.

She said that the government should develop a legal framework to promote the use of renewable materials and effective waste management.

Dr Abubakar Abdullahi of the Economic Department, Kaduna State University, another panelist said that the state must key into the Fourth Industrial Revolution also known as Industry 4.0 to make progress.

Similarly, Ms Yomi Odutola, Director for Networks and Relationship, Circular Economy Innovation Partnership, also a panelist, said that conversation between government and the private sector was crucial to developing a direction for the state economy.

Odutola stressed the need for advocacy and sensitisation to mobilise the business community and citizens on how to generate wealth from waste as part of climate change mitigation and response.

Kurt Zouma, brother to be prosecuted for kicking cat