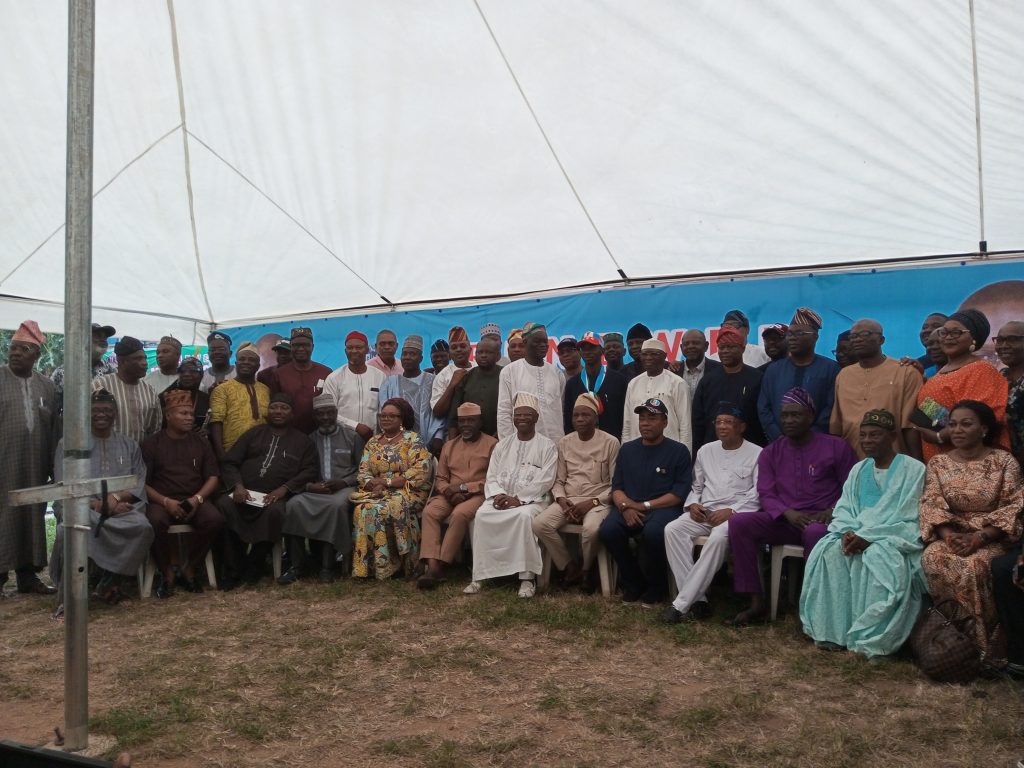 The All Progressives Congress (APC) in Lagos State on Thursday, inaugurated its 163-member campaign committee to mobilise votes for the party, ahead of the 2023 general elections.

The Lagos state Chairman of APC, Pastor Cornelius Ojelabi while inaugurating the committee at the party’s secretariat, said the council had the mandate to get at least, five million votes for the APC Presidential Candidate, Sen. Bola Tinubu.

Ojelabi, who noted that the committee was made up of party chieftains that had served the APC meritoriously at one level or the other, said the party attached huge importance to the committee and the task ahead of them.

According to him, the campaign council has Sen. Ganiyu Solomon as the Director General and Mr Fouad Oki as its Secretary.

“The members of the committee were carefully selected owing to your individual abilities and the belief that you will collectively as a committee, deliver the state to the party.

“You are enjoined to work as a team and to carry everyone along. You are also recommended to reconcile seeming differences within the party which may have arisen following our primaries, for us to go into the elections as one family.

“I have no doubt this powerful committee will do us proud and win overwhelmingly for our dear party APC.

“I am glad to say with a sense of satisfaction that the growing fortunes of the party in Lagos state, back-to-back in the last six election cycles, will no doubt increase our chances of a landslide victory.”

He commended members for accepting to serve in the campaign committee, saying it was not possible to accommodate everyone, hence the scrutinisation process to ensure the committee reflected all interests and groups.

According to him, nomination into the committee was based on the members’ knowledge and ability regarding campaign strategy and planning, mobilisation, logistics and election management.

He urged the committee to concentrate on issues that would add value to the success of the party and avoid issues that might distract the party from the path of victory.

“We should remain resolute, committed and law abiding throughout the assignment and beyond.

“I want to charge you all to put in all your efforts during the next four months of the campaign to ensure that our party records resounding victory in all the elections-state-wide,” the party chairman said.

He said the success of the party at the general elections rested on the committee’s effectiveness and commitment.

Ojelabi also urged the officials, party stakeholders and party members to support the committee in achieving its set target of delivering Lagos state to APC.

Describing the task ahead as enormous, Ojelabi expressed confidence that with the quality of membership of the committee, the ruling APC would consolidate on its unbroken electoral victory in the state in 2023.

He said that the election management committee would be assisted by 16 directorates in the campaign council ; Planning, Research and Strategy; Budget and Finance; Mobilisation; Transport and Logistics; Strategic Communications and Volunteer/Support Group.

The chairman assured that the party would try as much as possible to accommodate all stakeholders in the sub-committees, “since we cannot accommodate everyone in the main Campaign Committee”.

The APC boss urged members to be abreast of the 2022 Electoral Act, INEC Regulations and Guidelines and other extant laws in order to be on top of their responsibilities.

According to him, the committee will be chaired by Gov. Babajide Sanwo-Olu, while he (Ojelabi) will serve as the Deputy Chairman) and the deputy governor of the state, Dr Obafemi Hamzat will serve as Vice Chairman.

Responding, Solomon, who expressed gratitude to the party leadership for the opportunity to serve, said that the party did not have any serious opposition in the state.

Solomon, who noted that Lagos state by all standards remained a pace setter in development said: “We are confident of our records, nevertheless, it is not in our character to take anything for granted. We know how to plan and strategise.

“Politics for us is not a do or die affair. We are up to the task and confident of delivering. Our governor and party do not have any serious challenge in this election. We are approaching the election as if it is the oxygen we breathe.”

The News Agency of Nigeria reports that the event was attended by party’s excos and stalwarts.

Share this on WhatsApp
Related Topics:163-member Campaign C’ttee5mAPCinauguratesLagostargetsTinubuvotes
Up Next