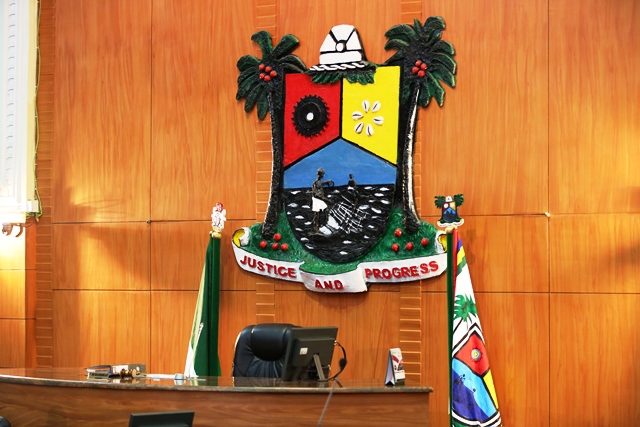 The Lagos State House of Assembly has subjected a bill to harness the land use charge laws of the state to a stakeholder parley, to engender an enabling environment and drive better commerce.
The  State legislature also assured  that the proposed Bill on Land Use Charge in the State would be based on market value, noting that it would be beneficial to property owners and following the passage of the law, the hitherto subsisting Land Rates Law, Neighbourhood Improvement Charge Law and Tenement Rates Law would have been harmonized.
The attendant effect of which makes all other rates on land use cease to operate except the would be Land Use Charge law.
The local government and state government are expected to confer on the way forward about the collection of the rate.
Ogundimu made the assertion during a stakeholders meeting on the Land Use Charge (Repeal and Re-Enactment) Law, 2017 held at the Lateef Jakande Auditorium in the Assembly premises. ,stating that a situation, where some houses still pay N1,500 as land use charge is not commensurate .
The Acting Chairman of the 8-man Adhoc Committee on Finance in the State House of Assembly, Hon. Oluyinlka Ogundimu, hinted that the new law would right the wrongs in the system.
“We have to harmonise some bills to form this new one. With the new law, the local government will not come with a bill, while the state government would come with another one on property.
“We want everything to be harmonised and make it convenient for the people. We have ensured that we will consider the market value of the houses,” he said.
The lawmaker added that some of the houses are close to the market value, while others are far from it.
According to him, “what would be given out would be the value of the land and the building and the rate would be determined by the government.
“What we will have will be the market value and this has been reduced by 40%.  We called the public hearing to hear the opinions of the people. We will look at their position papers.
While commenting on those exempted from the charge, Ogundimu noted “Religious bodies would not be affected, but if you go commercial like running a school, you would not be exempted.
He added that the law was enacted in 2001 and that there is a need to look at grey areas and harmonise the laws.
“The enactment of the law cannot be completed without a public hearing to get responses from stakeholders,” he said.
In his welcome address, the Speaker of the House, Rt. Hon. Mudashiru Obasa said that the new law would make life easy for the people of the state and that the House was passionate about anything that would affect the people positively.
Obasa, who was represented at the event by his Deputy, Hon. Wasiu Eshinlokun-Sanni urged the stakeholders to express their minds at the public hearing.
While giving the overview of the Bill, the Majority Leader, Hon Sanai Agunbiade stated that the proposed law differs from the old payment charge as the new charges would be based on market value.
It is stated in the Bill in section 6, “As from the commencement of the law, the annual amount of the Land Use Charge payable for any Property shall be arrived at by multiplying the Market Value of the Property by the applicable Relief Rate and Annual Charge Rate using the prescribed formulae outlined below and more particularly described in the Schedule to this law.
The Bill went further to explain the formulae as Land Value + Building Developments Value * Relief Rate * Charge Rate.
ALSO SEE: How passenger faeces caused flight diversion
According section 6 (2) of the Bill, “the land value and building value rates constituting the market value of the property shall be reviewed at least once every five years on the basis of information available to professional valuers, and may vary from area to area.”
Some of the stakeholders who attended the hearing commended the state government for coming up with a Bill that would harmonize charges on properties but cautioned it not to over burden the owners and occupiers.
The Chairman of Christian Lawyers Fellowship of Nigeria, Mr. Lawrence Nnoli said that the law usurped some constitutional provisions, saying that “I will implore the House not to be against the federation.”
He urged the House to exempt some Non-Governmental Organisations from payment of charges as accordng to him they are not profit oriented.
Also, the Executive Secretary of the Lagos State Security Trust Fund (LSSTF), Mr. Rasak Balogun observed that educational institutions should not be exempted from the payment of land use charge as he said that some of them are being operated as commercial organisations.
Balogun also advised that there should be proper identification and notification so that those coming for valuation would be identified by property owners.
He suggested that estate valuers, architects and others should be part of the tribunal to be set up for the bill, when it becomes a law.
Also, Mr. Thompson Akpabio, who spoke for the organised private sector said that the new bill would increase the burden of property owners in the state.
Mr. Akinbajo Adekunle from Christ Against Drug Abuse Ministry, in his opinion, stated that summary conviction is not well spelt out in the Bill, and that it would increase the pain of property owners in the state.
However, the Chairman of the Nigerian Institution of Estate Surveyors, Mr. Olurogba Orimolade suggested that at least three estate surveyors should be appointed as members of the tribunal.
“Estate surveyors should be part of the tribunal as they know much about valuation. We should be seen as partners in progress.
“The formula should have more engagements of the institution and I would say that the Lagos State Government is losing money.