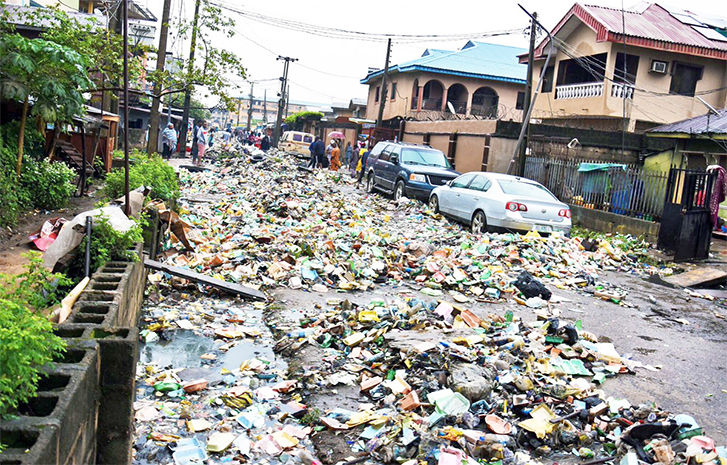 An inspection team at the weekend visited sites of ongoing drainage clearance and dredging projects for on-the-spot assessment of work done.

Joe Igbokwe in a media interaction after the inspection, said that in preparation for the rains, the government is paying desired attention to the clearing of drainage channels in the State. He added that the tour became necessary in order to ascertain the level of work done by the contractors assigned to dredge and clear some of the canals towards resolving flooding issues.

Igbokwe assured Lagos residents that with the early commencement of the clearing of major drainage, manholes and canals, when the rains commence, it will flow into its natural channels.

Igbokwe acknowledged said that the ultimate goal of clearing and dredging of the drainage channels and canals is to allow easy passage of rainstorm water. He ordered residents who erected fences obstructing passage/movement of machinery that would ensure the clearing of silts at System 6c in Itire to remove them immediately or have them demolished.

The Permanent Secretary, Engr. Lekan Shodeinde, stated that it is regrettable that many of the channels that have been cleaned before are being filled again with refuse by some residents. He emphasised the need for a change of attitude by the people, warning that the continuous dumping of refuse in the canals and drains will come back to haunt them if they do not desist.

Share this on WhatsApp
Related Topics:drainage clearingDredgingfLOODLagos State Government
Up Next