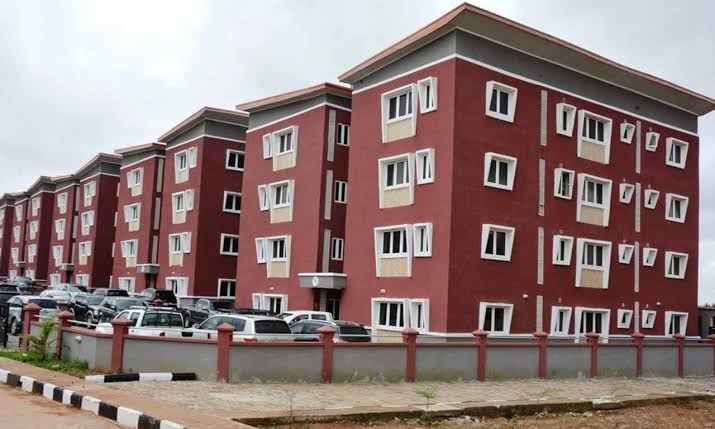 The Lagos State Commissioner for Housing, Mr Moruf Akinderu-Fatai, on Monday called on beneficiaries of homes in its new estates to adopt good maintenance culture to preserve facilities and infrastructure.

Akinderu-Fatai made the call in Alausa, Lagos, in a statement by the Spokesperson of the ministry, Mrs Adeola Salako.

The commissioner handed over keys and documents to beneficiaries of Babatunde Olushola Benson Estate, Ibeshe and LagosHOMS Sangotedo Phase 1 Estate.

He said, “It is important to be mindful of the need to keep the various homes and the estate as a whole in good condition to fully achieve the goal of making Lagos a 21st Century economy,”

He said the estates had been equipped with state-of-the art infrastructure such as good roads, drainages, water and sewage treatment plants so as to make life easier and convenient for all the new residents.

The commissioner said that the facilities were to improve the quality of living of the residents in line with the vision of the Babajide Sanwo-Olu administration.

“These facilities compare well with others in civilised parts of the world and are to make the dream of decent living come alive for Lagosians as pledged by the State Governor, Mr Babajide Sanwo-Olu,” he said.

Akinderu-Fatai noted that the infrastructure could only be sustained with adequate maintenance.

He said that the state government had appointed qualified facility managers for the estates.

“It is now the responsibility of the new residents to cooperate with appointed government facility managers so as to keep the estates in workable condition and enhance the value of the residents’ investment in their new homes,” the commissioner said.

Akinderu-Fatai said the homes had been “greatly subsidised in line with the avowed commitment of Mr Babajide Sanwo-Olu to bring decent homes within the reach of all and sundry”.

He said with the delivery of Ibeshe and Sangotedo Phase 1 estates, an additional 4,896 Lagos residents had been provided with decent homes based on the ground that each home in the two estates would accommodate at least four people.

The commissioner said the state government was not relenting in its efforts as additional 660 homes were now ready for allocation at the State Government Housing Scheme in Odo-Onosa/Ayandelu.

The Permanent Secretary, Ministry of Housing, Mr Wasiu Akewusola, advised the new home owners to live together in harmony and peace.

He warned that the state had not appointed any real estate agent or organisation to act on its behalf, saying that those seeking new homes should be wary of fraudsters and impersonators.

Akewusola also urged applicants who were yet to receive allocation letters in the two estates to apply for change of scheme to the office of the Permanent Secretary, Ministry of Housing.

Share this on WhatsApp
Related Topics:Lagos Govtmaintenancenew home owners
Up Next