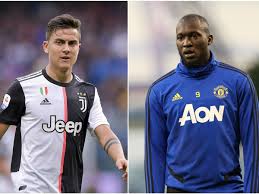 Romelu Lukaku has reportedly agreed a €9m per year move to Juventus as he nears a Manchester United exit. The Belgian striker has been keen to depart Old Trafford this summer and, according to Goal , he has now reached an agreement over personal terms with the Serie A giants.

Lukaku, who was linked with a move to Inter Milan earlier in the summer, is set to earn £8.22m per year in the deal, which equates to around £160,000-a-week. However, the move could hinge on the decision of Paulo Dybala, with the Argentinian yet to be convinced by a move to Old Trafford as the two clubs look to push through a swap deal involving the £75m-rated stars.

Dybala, who returned to Turin on Thursday after his summer involvement in the Copa America, has been told not to report back to pre-season training until Monday.