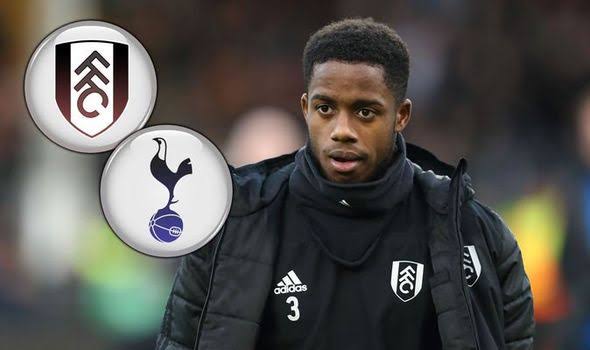 Sessegnon, 19, is wanted by Spurs boss Mauricio Pochettino in a £25million deal. The England Under-21 international is not fit to kick off the Cottagers’ campaign when it gets underway this weekend, having been struggling with a hamstring injury.

And he had wanted to complete his switch back to the Premier League by now. Scott Parker has his say here

In other news, Liverpool are considering a late swoop for £20m-rated attacker Francois Kamano before deadline day. And that’s  according to The Sun .

Jurgen Klopp has not added to his first-team squad this summer, instead only adding young Dutch defender Sepp van den Berg.

But he has been linked with attacking reinforcements, with reports in France claiming they had a proposal for Nicolas Pepe accepted before he joined Arsenal .

It has now been claimed the Reds will attempt to bring in Bordeaux forward Kamano, 23, in a last-gasp deal to add depth to their attacking line after Daniel Sturridge departed Anfield at the end of last season.

Nainggolan back to Cagliari