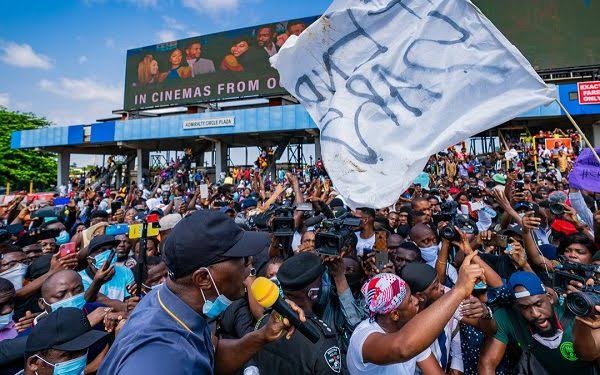 It is said that nature abhors vacuum! Therefore, with the hasty manner the Inspector-General of Nigeria Police Force, MA Adamu, NPM, mni, executed the hasty instruction of the decision to dissolve SARS, also known as Federal Special Anti-Robbery Squad (FSARS) ordered by President Muhammadu Buhari, it became incumbent upon the IGP to hastily and with immediate effect fill the vacuum created with something new.

A new vacuum or gap filling entity has been set up and named Special Weapons and Tactics (SWAT) squad. This is coming up less than 48 hours from the dissolution of SARS/FSARS following sustained youths protests against its existence in some major cities of the country and the Federal Capital City (FCC), Abuja.

The agitators for the scrapping or dissolution of the Anti-Robbery policy squad cited use of excess force and or brutality and going beyond its operational mandate including involving in extra judicial killings as alleged by the protesters and some segments of the Nigerian populace.

Thus, ‘SWAT’ is meant to momentarily fill the gaps arising from the immediate dissolution of the now defunct SARS/FSARS. Fantastic!!! But, it must be stated clearly that the Fire Brigade approach used by the Presidency and as well as the office of the IGP at the Force Headquarters should be considered as a stop-gap measure first, to appease and calm down the agitators in order to buy adequate time necessary for the preparation of holistic Nigeria Police Force reform package and strategies for implementing it.

The envisaged holistic reform of the NPF is not something that can be planned and accomplished in hours but in months or years. Hence, the Presidency, office of the IGP and the various stakeholders incorporated into fashioning out a comprehensive reform of the NPF need to understand that the challenge before them is enormous; far beyond renaming and restructuring the disbanded SARS/FSARS.

The reform should assist the NPF to define and or redefine its mission, vision for the future, and highly regarded ‘core values’, and then determine systematically how it will get there; understanding obstacles and figuring out ways to overcome them – all based upon the 1999 Constitution as amended (statutory mandate) and extant laws governing the NPF and taking into consideration the external environment (e.g. the people the organisation is serving e.t.c) it is operating within.

This process also involves fashioning out long-range and strategic plans that focuses on a period of not more than than fifteen (15) years and not less than five (5) years respectively.

Thus, a five-year operational strategic plan is urgently required for the NPF as a component of the comprehensive reform being talked about at the moment.

The long-range plan should compose of multi-year goals and objectives which describe what the NPF wishes to accomplish, and then develop programs, operational tasks, and timelines for achieving them based on a strategic plan to guide the NPF.

It should also be remembered that these processes take time to be undertaken and are very difficult to do in a crisis situation like the one at the moment.

Hence, return to condition stability and normality is thus required to move forward. It also requires continuity in the leadership of the NPF by the person at the centre of the reform process, IGP MA Adamu, who is not only transforming the colonial inherited anti citizens policing practices to a credible people or citizens’ centered 21st century policing, but ensuring that it is citizens’ owned and driven reform process.