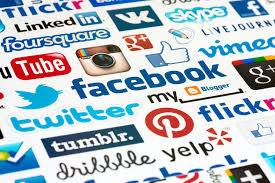 The Nigerian telecommunications operators are backing the federal government decision to register all social media platform operating in Nigeria as Over The Top service providers.

Their decision followed the initial suspension of Twitter because of the platform’s double standard, according Information Minister Lai Mohammed.

The suspension is over a week now, and it is indefinite.

According to the chairman Association of Licensed Telecommunications Operators of Nigeria (ALTON) Gbenga Adebayo agreed that the licensing of OTT has to happen.

“Indeed yes, Over the Top “OTT” is a layer on communication channels provided on telecom services: it’s part of the Quad Play of Broadbands, which refers to Telephony, Television, Internet and other Mobile Services.

He however noted as part of the convergence of telecommunications and broadcasting, the regulator of the base infrastructure should be responsible for licensing of the players—that is the Nigeria Communications Commission.

“It is a conversation that needs to happen but not under the current circumstances of a suspension of Twitter as a service and the directive for licensing arising therefrom,” Adebayo said.

Earlier, the federal government directed the National Broadcasting Commission to execute the suspension of Twitter, and registration of the all similar platforms operating in Nigeria.

Some rights groups, including SERAP, have gone to court to challenge the federal government decision, saying it’s violation freedom of expression.

Germany has equally made a law-Facebook Act–compelling the platforms to have an office each in Germany, and take responsibility for cybercrime law breached by users.

Share this on WhatsApp
Related Topics:NBCNCCnigeriaoperatorsSocial MediatwitterTwitter suspension
Up Next

Tinubu ‘hospitalised’ in France shows up in Nigeria