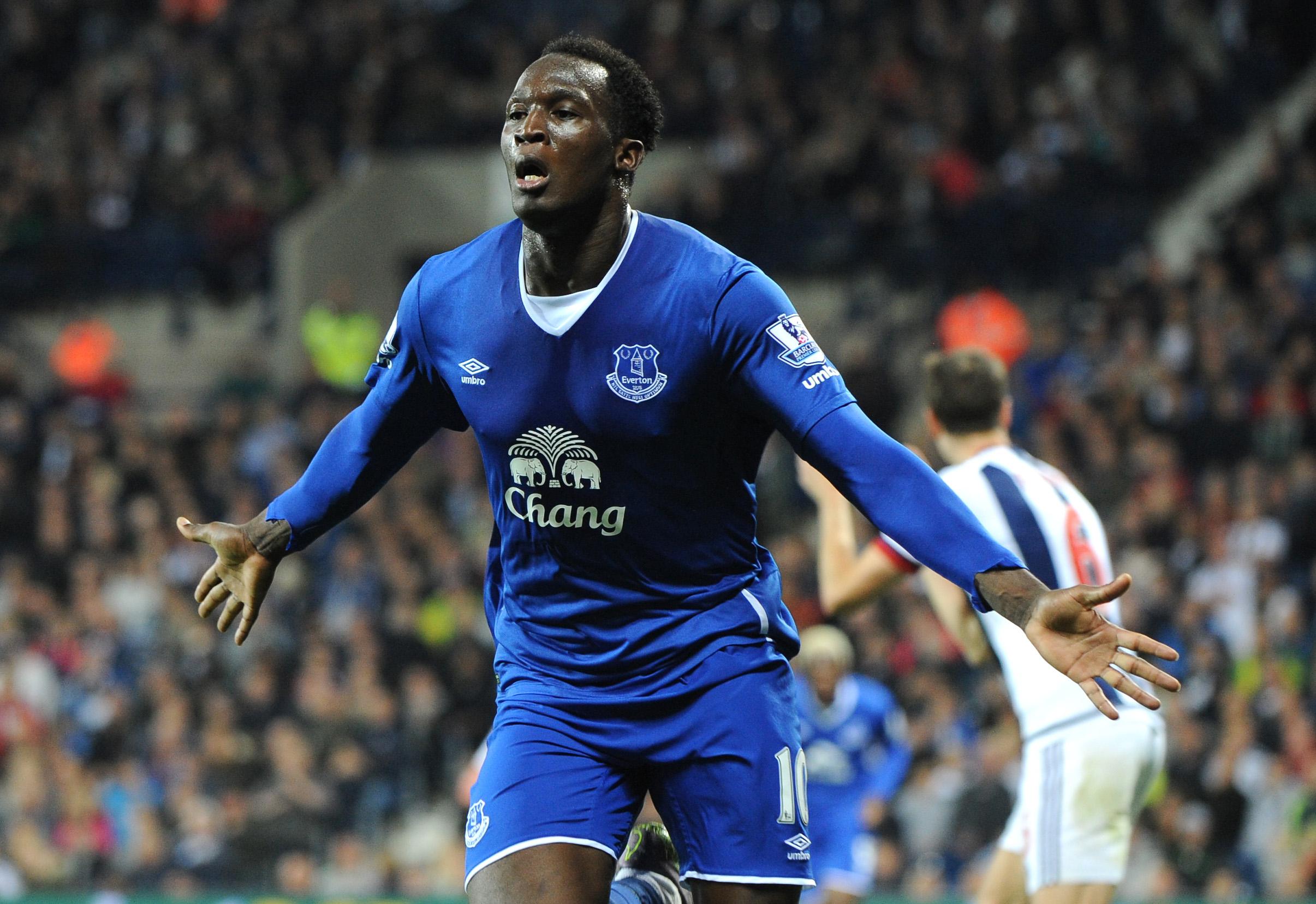 Everton striker Romelu Lukaku’s determination to play through pain is another example of the character being shown by members of the squad, according to manager Roberto Martinez.

The Belgium international was forced off in the midweek win over Newcastle with a back problem which left him struggling to walk but not before trying to soldier on for the good of the team.

It is why Martinez expects the 22-year-old to take his place in the side to face Stoke on Saturday.

“He looked a lot freer yesterday. He is back to himself,” said the Toffees boss. “After the game he found it difficult to walk without pain, it was a really difficult injury because all of a sudden he couldn’t feel the back of his legs and we were worried but there is no further damage.

“We will make an assessment based on how he does in training but he never wants to miss games. Even when he had the knock in the game he wanted to run it off and stayed on the pitch for 12 or 13 minutes where he couldn’t run around.

“He is reliable and that is why I am positive about him being available because he knows how to make himself available for games.

“It is always important to have that consistency throughout the season and Rom has been giving us that and I hope he will be pain free.”

Lukaku’s attitude is one which is being replicated through the squad, with the likes of midfielder Ross Barkley and back-up goalkeeper Joel Robles taking greater responsibility in recent games.

Against Newcastle, Barkley scored in his third successive match for the first time in his career, taking his tally to 11 for the season, and is now starting to take control and dominate games.

“He has become very mature in what he does. He is obsessed in getting better and working harder for the team,” said Martinez of the England international. “When you have that mindset of being a team player and wanting to win that is what makes you different.

“Ross has looked really clear in his role on the pitch and the way he is capable of taking responsibility and in the most difficult moments of the season he is always there showing for the ball.

“Ross has the right mentality to become a player who can fulfil his potential without a doubt. You know you can rely on the character.”

Robles is set for his fourth successive start — something he has not achieved since playing eight in a row around the turn of the year last season — as Tim Howard is still injured.

The Spaniard has conceded just two goals in his last six appearances, both against Manchester City in the Capital One Cup two-legged semi-final, and is pushing to be named first-choice outright.

“It shows you we have a phenomenal goalkeeper ready to take his opportunity,” said Martinez. “It has taken incredible help from Tim himself and there is good chemistry between those two and the goalkeeping coach — that is what you need in a football team.

“You need players who are ready to wait for their opportunities and Joel has done that really well. Two clean sheets back-to-back in different competitions shows we are ready to kick on and football makes the decisions – we hope Joel will continue to enjoy his football.”

Martinez found himself trending on Twitter early in the day after a video of him dancing at a Jason Derulo concert in Manchester went viral.

The Catalan lapped it up, however, saying: “I’m a big fan. It is always good to get inspiration from creative people. I have better moves believe me. Probably that [seen on the video] was the worst move.”

Share this on WhatsApp
Related Topics:EPLEvertonRoberto MartinezRomelu Lukaku
Up Next