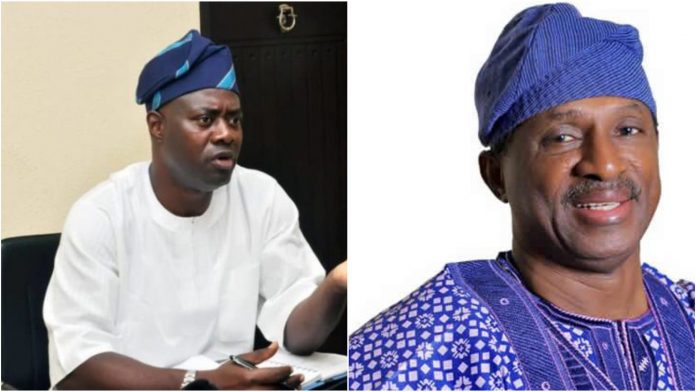 He said Lanlehin, who said he had pulled out of the coalition, did so in bad faith.

He ssid: “It is more shocking to read Senator Lanlehin’s allegation that his decision was hinged on Governor Seyi Makinde’s infidelity to the coalition agreement.

“That allegation, to say the least, is a clear affront on the sincerity of Governor Makinde and his magnanimous disposition in handling all the discussions about the coalition.

“Let us also state without equivocation that the claim by the Senator is untrue, unjustifiable and inconsistent with the reality of it all.

Oduyoye, maintained that the governor could not be accused of non-compliance by any party, because he had lived up to his promise to all parties to the coalition and in some cases “even bending backwards to accommodate all interests.”

He said that the Governor has lived up to his promise not only to Senator Lanlehin but also to all members of the coalition, saying that the committee reached an agreement, which was signed by all the parties and tabled before the Governor.

He said that the agreement contained a template for the sharing of positions in government as well as membership of boards and parastatals, noting that procedures have been set in motion for the actualization of the template.

According to Oduyoye, the apex committee of the coalition parties had met over three times, with agreements reached and tabled at a meeting with the Governor, adding that the Governor even improved on the agreement to further accommodate interests in the ADC and the Zenith Labour Party (ZLP).

ALSO READ:My church will be official church of the state, says Gov. Makinde

The statement further read: “There was no dissenting voice from all the representatives of the parties at the meeting with Governor Makinde. Everyone commended how he handled the matter. Senator Lanlehin only had issues with the other leaders of the ADC on Monday when they were discussing how to share the positions allotted to the ADC.

“He should not in any way attempt to drag the name of Governor Makinde to the frustrations he is encountering in his party.

“If Senator Lanlehin withdraws from the coalition, he must have done so as an individual, because we are aware that the ADC as a party remains an integral part of the coalition as leaders of the party have repeatedly pledged their fidelity to the coalition.

“We believe that the coalition was not put together merely to further any personal aspiration other than the collective interests of the people of Oyo State.” 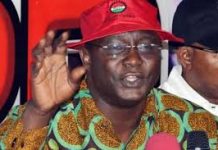