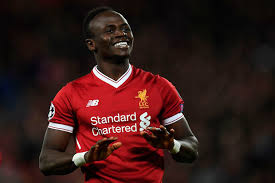 Sadio Mane of Liverpool after signing a contract extension at Melwood Training Ground on November 22, 2018 in Liverpool  Sadio Mane believes Liverpool are ready to win a first trophy under Jurgen Klopp after committing his future to the club with a new long-term contract.

Mane agreed a long-term deal on Thursday, with reports indicating he has improved his old contract by two years until 2023.

Liverpool reached the final of the Champions League under Klopp in May but were beaten by Real Madrid, the German also overseeing losses to City and Sevilla in the EFL Cup and Europa League finals of 2016.

But Mane, who hit 20 goals in all competitions in 2017-18, feels the time is now right for Liverpool’s wait for silverware to come to an end.

“Of course I am confident. We have everything here; the team, the staff, the club is doing a great job to bring in new players and they have great qualities,” Mane told liverpoolfc.com.

“We have a strong squad and we have everything to win. But it’s not about talking – we have to do the job. We’ve started well this season and we are working hard every single day at the training ground to get better and better.

“It is too early to speak about trophies and stuff, but everybody knows we have to [win silverware] – and now we are going to try to give everything to win something.”

“They are great players and I am very happy now we are here for the long-term. Hopefully we are all going to stay together and do something to win something.

“Always in life, and especially in football as well, we always have to do everything to improve. This year we have even improved more, even if we don’t score as many as last season at the moment, but this is normal in the beginning of a season I can say for sure.”

Klopp has described Mane as a world-class player but suggested the Senegal international should believe in his own abilities more.

“This is a big compliment from him and I appreciate it,” Mane added. “As a player, like I always say, I am here for the team. I am here to improve every single day and to try to be a great player for the club and my team-mates.

“I have a good relationship [with Klopp]. Everybody knows the coach is someone who loves his players, is a good person and everyone loves him at the club and [among] the players. I can’t describe our relationship because it is just a great relationship and that’s it.

“I think today I am not a young player, I have experience now and I want to use this to help the team. But still, in football every single day you have to learn and to be as professional as you can, always doing your best for the team to get the rewards in the future for the club.”

Share this on WhatsApp
Related Topics:Liverpool FCSadio Mane
Up Next