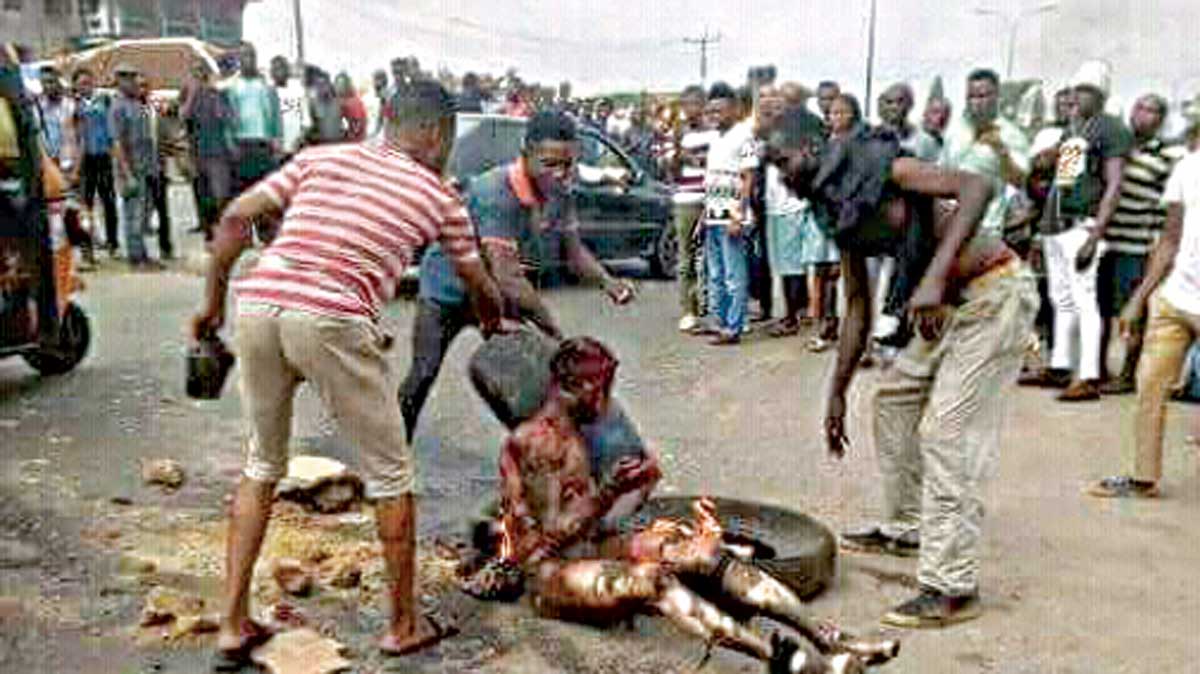 The Lagos State Police Command, on Sunday, disclosed the killing of two POS robbers by a mob, saying that a mob carried out jungle justice on two men, who robbed a POS attendant at Igando.

The Police Public Relations Officer, SP Benjamin Hundeyin, in a tweet on Sunday, narrated that the jungle justice occurred on Saturday, Independence Day, disclosing that the mob burnt the POS robbers beyond recognition.

He said that the police arrived at the scene but the mob had fled. He said that investigation has commenced.

Hundeyin cautioned that jungle justice is a criminal case in Nigeria, urging people to desist from the crime. He said that people should rather hand over the suspect to the police for prosecution.