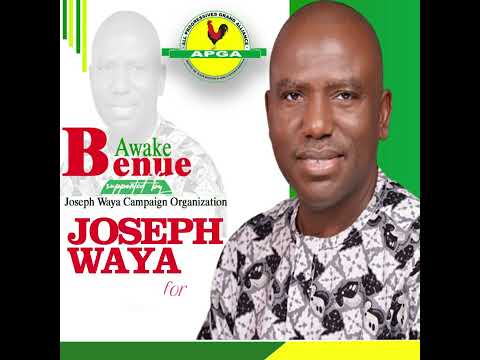 The governorship candidate of the All Progressive Grand Alliance (APGA) in Benue State, Joseph Waya, in his October 1 Independence anniversary message, told Nigerians to resist the temptation of selling their votes during the 2023 general elections, but voted out incompetent political office holders who misrepresented them over the years.

The APGA candidate maintained that Nigerians should not mortgage their future for a plate of porridge.

Waya declared: “This ugly trend of politicking must stop. It has never brought us any good rather it has plunged our country deep and deeper into the abyss of despair.

“Our forefathers never sacrificed for this high level of political ineptitude and insensitivity such as we experience today across our land.

“The sanctity of human life is abused, the dignity of labour jettisoned overboard and dishonesty as well as theft celebrated.”

He enjoined Nigerians to rise above the social ills and rebuild the country in accordance with the aspirations of the forefathers.

He said that it is his fervent prayers and expectations that Nigeria would remain brighter and a better country.

He emphasized the need for a country where the expectations of its people would be met through good governance and sound decision-making processes that would consider the diversity of the nation.

He thereafter stated, “I, therefore, appeal to our country men, women and children not to lose hope in the country but show commitment in the electoral process.”